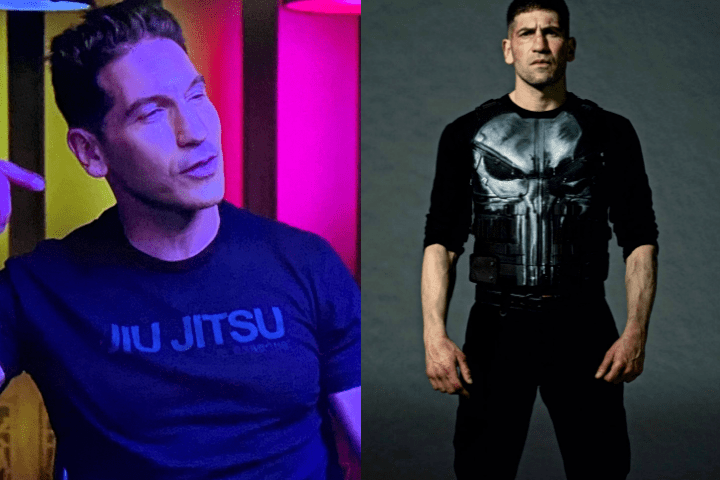 Jon Bernthal is an actor best known for his role as Shane on “The Walking Dead”; as well as for his main role in “The Punisher”. He’s also worked on “The Wolf of Wall Street” with Leonardo DiCaprio, “Fury” with Brad Pitt, “Sicario” with Benicio del Toro, as well as on “The Accountant” with Ben Affleck.
He is also an actor who takes care of his health and shape. But here’s the kicker… He also trains Jiu-Jitsu!

In an interview for the Men’s Journal back in the day, Bernthal revealed how a day of training looks like for him (spoiler alert: it’s hardcore!) and why he rolls:

Oh man, it [training] is a beast. Today we got up at 4 in the morning. Usually we’ll start with a little strength work, whether it is taking on squats or the bench press, doing five sets of three at the maximum weight. There’s a lot of super-setting, and bodybuilding weight practices.
Then we work on a lot of MetCon [metabolic conditioning], doing as many rounds as we can, trying to get each movement just right. It will usually be about five or six full-body moves, like pull-ups or cleans. We’ll do that for somewhere around 20 minutes or so.

Then in the afternoon we’ll do boxing or Jiu-Jitsu workouts between scenes. I always want to box, but they really try to keep me working my whole body as much as possible. On top of that, learning the fights for the show or weapons training is almost a whole other workout on top of that. So it probably works out to three separate big, different workouts a day. It’s pretty gnarly.

With that said, he’s also been recently photographed while sporting a BJJ shirt… So it’s safe to say that Bernthal is a fan of Jiu-Jitsu! 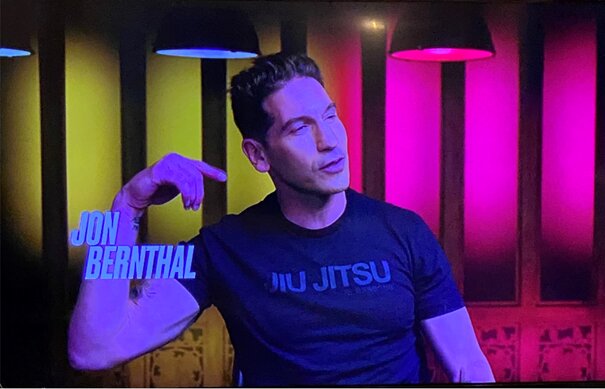