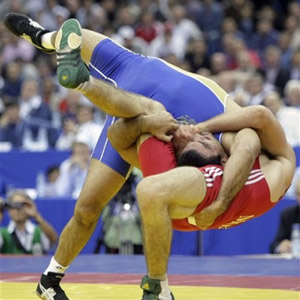 The oldest sport in the world, Wrestling has been dropped from the Olympic Games from 2020 by the International Olympic Committee to make way for a new sport.
But Wrestling could enjoy a reprieve as it now joins a shortlist of sports hoping to be included in 2020. Wrestling has failed to convince sports powerbrokers that it remains a relevant sport and has been cut from the Olympic Games programme from 2020, it has been announced.
The list of sports that will vie for a spot when IOC reconvene includes baseball/softball, squash, karate, sport climbing, wakeboarding, wushu and roller sports.
A decision on which sport will be added in 2020 will be made when the IOC meet in Buenos Aires in September.

The executive board studied a report from the IOC’s programme commission which assessed each of the sports at last summer’s London Games.
Modern Pentathlon and Taekwondo were also viewed as being at risk with the report looking into more than 30 separate areas, including TV ratings, ticket sales, anti-doping and global popularity.
Golf and rugby sevens will be part of the programme for the 2016 Games in Rio de Janeiro after winning inclusion in 2010.
The IOC will also decide in September whether Istanbul, Madrid or Tokyo will host the 2020 Games.