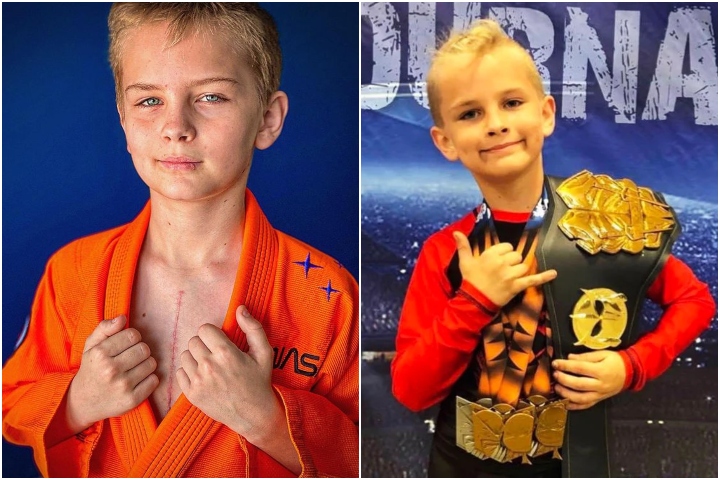 Gunner Felmlee is a true BJJ champion! Born with an extremely rare heart condition, called “unicuspid aortic valve”, Gunner has had his first heart surgery when he was only seven months old. He pushed through it with courage and then, with time, found out about Brazilian Jiu-Jitsu.
He began training at seven years old and, eventually, fell in love with it. But why does he enjoy BJJ so much? Here’s the answer, as shared by Sanabul:

Gunner enjoys the technical aspect of BJJ the most. The concept that size doesn’t matter nearly as much as knowing the technique and mental game. He enjoys the community that comes with grappling, and even while on vacation he’ll ask to stop at local gyms to train with new people and make new friends.

And what is he currently fighting for?

On January 20th this year, Gunner had an open-heart procedure which was incredibly stressful and worrisome for him and his family.
He is currently unable to train while recovering from this surgery, but is doing very well all things considered. It is hard to fathom the strength that this young man possesses mentally and physically. He was walking around the ICU floor the day after his surgery and is itching to get back to training Jiu-Jitsu. Gunner is an inspiration to all.

You go, Gunner! You have this.