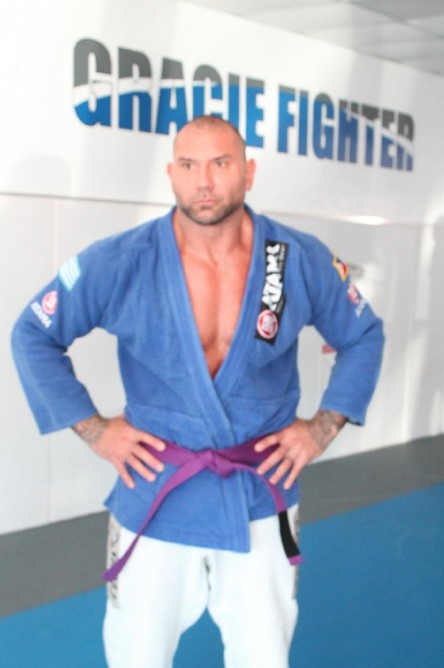 Former World Wrestling Entertainment star Dave Batista started Cesar Gracie in 2010. He was yesterday promoted to BJJ purple belt by Gracie. This follows his evolution in BJJ when he was promoted to blue belt in 2011. Batista  wrestled in high school and has some background in traditional martial arts standup fighting.

This is what Gracie told Sherdog.com back when Batista started BJJ in 2010:

“He’s a natural athlete. He’s got a lot to learn but his strength alone is impressive. Obviously he’s a beginner at jiu-jitsu but we can take a guy like that that’s already a strong athlete like that and teach him what to not get caught in. You’re talking about a guy who is very powerful, very strong and an extremely hard worker, and if he can put it all together he could be a very formidable force. And he’s at the right camp for that… Our camp is known for bringing people with nothing and making them into something. We like to make champs.”

Batista’s martial arts base was Kali, and after taking up Muay Thai and jiu jitsu several years ago, it become his passion. He originally intended to make the BJJ gym private, a place near his home where he could train, but then decided to open it to the public. He’s now training in Brazilian Jiu-Jitsu gi so that he can attain rank. His goal is to someday become a Cesar Gracie black belt. 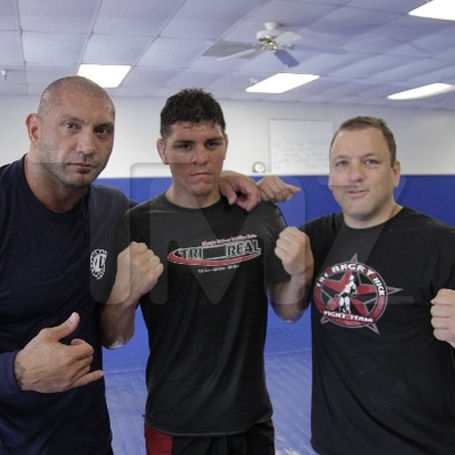