Felipe ‘Preguica’ Pena On Copa Podio: “There Are Only Tough Guys. I Can’t Wait.” 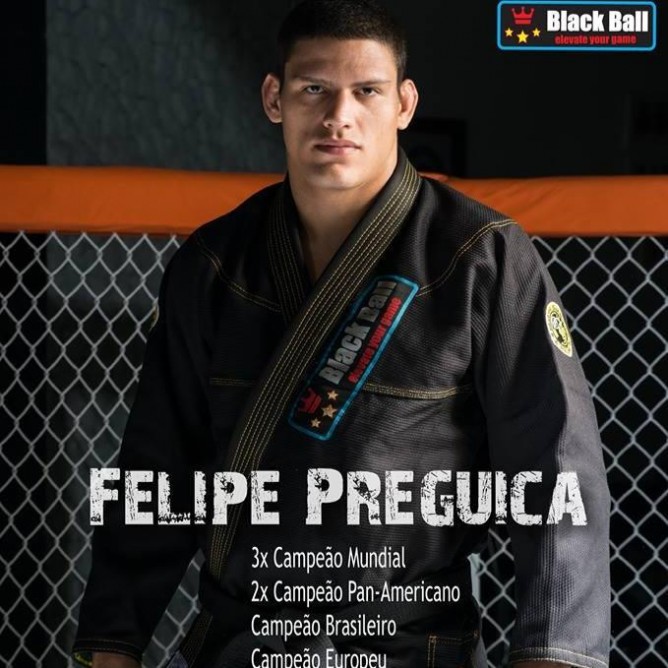 Multiple time BJJ World champ at lower belts Felipe Pena , nicknamed “Preguiça” (the laziness) / sloth, is now trying to make a name for himself at the black belt. After winning the Rio Open last month, He will be competing in the Copa Podio middleweight GP on  September 8. In this interview with BJJ Eastern Europe, he talks about his preparation, his expectations, and what has changed since he has gotten his black belt:

1. Hi Felipe How is your preparation going for Copa Podio. Please tell us about your current training

The preparation is great, I am 100% to do my best out there.

2. What are your expectations coming in to this tournament?

I am very excited to fight with so many good athletes, I can’t wait.

3. What has changed for you since you got the black belt?

In black belt one mistake and the fight is done, so much experience and good technique so I learn to start and finish the fight with 100% focus.

After copa podio I will fight another grandpix in Brazil, in Brazilia and after I expect to fight the worlds no gi.

5. How can you define your style of Jiu-Jitsu?

I think my game is a open game, I don’t fight to win by advantage or anything like that. I always try to show different techniques and new stuff.

6. Who are in your opinion, the most dangerous guys in this Copa Podio GP?

There are only tough guys, I think everyone can surprise each one and be the champion.

7. If you want to thank Sponsors, feel free

I would like to thanks Black Ball, Vital Nutrition and Choke kimonos! Oss

Thanks Felipe and all the best.