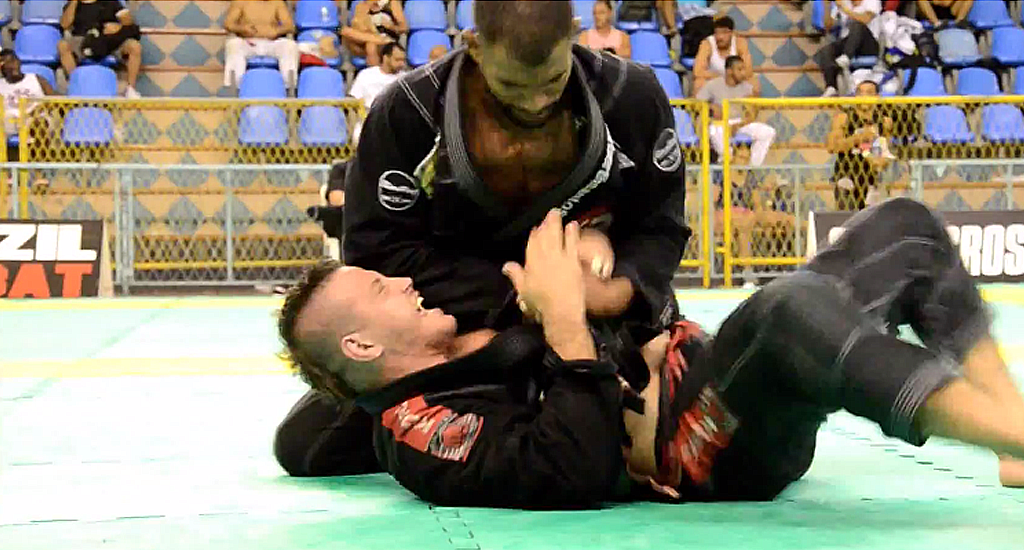 1 week after placing third at the Copa Podio Heavyweight GP, rising star Erberth Santos competed at the CBJJE Mundials in Sao Paulo (A smaller federation than IBJJF). In the open class, Erberth faced Claudevan Martins and both fighters were competing rougher than usual. According to sources in Brazil, who contacted BJJEE.com, Claudevan Martins took Erberth down, and Erberth hit back by elbowing him in the face, they exchanged some punches and were both were disqualified by the referee.

Outside of the mat , someone threw a shoe at Erberth and the fight restarted. Erberth took Claudevan Martins down and delivered some elbows, like Jon Jones. Claudevan Martins’ girlfriend kicked Erberth’s face twice and someone from Guigo Team (Erberth’s team), flying kicked her in the face!

Claudevan Martins and his girlfriend: 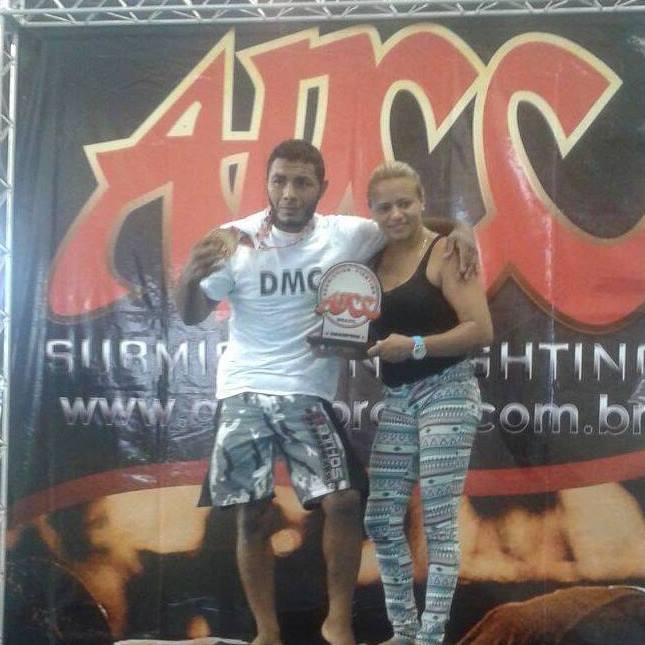 No video of the incident has surfaced as of yet.

This is what Erberth had to say about the incident, from his Facebook page (Translated by Gabriel Cunha for BJJEE.com):

I am very disappointed with the lack of respect during a competition and inside a fight area. Today my oponent attacked me with 2 punches while we were fighting, the score was 4×0 for me and when I passed the guard, I put my elbow between his chest and his neck, the referee ordered the fight to stop and to return to the middle since we were already invading the other fighting area.

Right after that the individual came after me, attacking me again with punches and kicks, by self-defense I returned the attacks. I know well that I didnt do right, but at these times you cannot think well while someone is looking for trouble with you. The referee told me sorry cause he had to disqualify both athletes, since both acted in an incorrect manner.

Me, Erberth, knowing that I was wrong for having lost my rights (meaning: having attacked back), said “thats fine, I just want the right thing to be done”. Until then the referee disqualified both athletes. I left, saluted the referees and was attacked again with a shoe and more punches and kicks. Now I am a very known man, that competes in several events, gonna be after 13 years of jiu-jitsu and have never been through a situation like that. I am not here to defend my position, I just want to apologise to all my fans and friends who were watching and supporting me. I hope never again to have to go through this unfortunate situation that ended up greatly harming me.