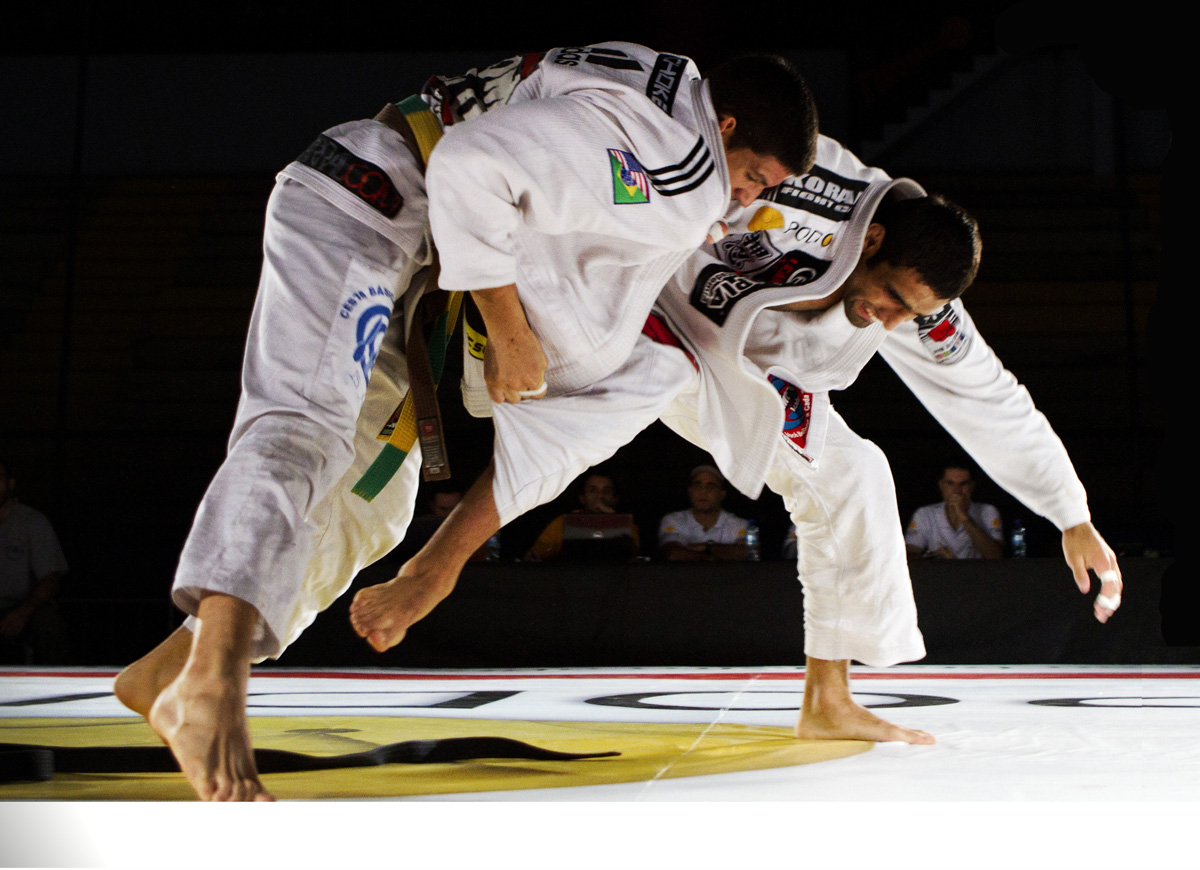 Copa Podio have just announced that their Copa Podio Heavyweight Grandprix scheduled for May 9th 2015, will have a FREE LIVE STREAM.

This is a counter attack to Metamoris 6 which features Josh Barnett, Cyborg Abreu, Roberto Satoshi, Clark Gracie etc.. and which is for the second time in a row is on the same time and day (May 9th 2015) as the Copa Podio Heavyweight Grandprix.

This announces the start of hostilities between the two major Pro Invitational organization. The audience will once again be split between the two instead of being able to have everyone watching both shows. Copa Podio anounced their date first, on February 28th while the Metamoris 6 card was announced a few days later on Sherdog.com on March 4th.

This is the 2nd time that both events are on the same day and same time. Last time was in November during Metamoris 5 and Copa Podio middleweight Grand Prix.

The Copa Podio Heavyweight Grand Prix – 3rd Season will feature a clash of Jiu-Jitsu giants, weighing in at over 94 kg/207 lbs, along with a number of other lighter matches,  bringing a spectacular end to season 3 of Copa Podio in May. 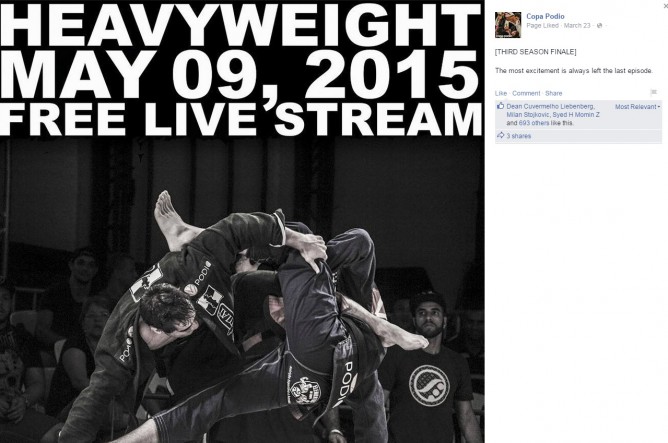 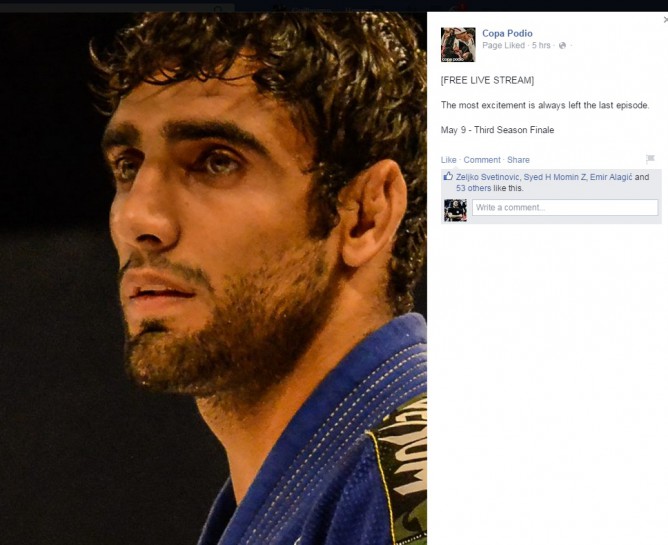