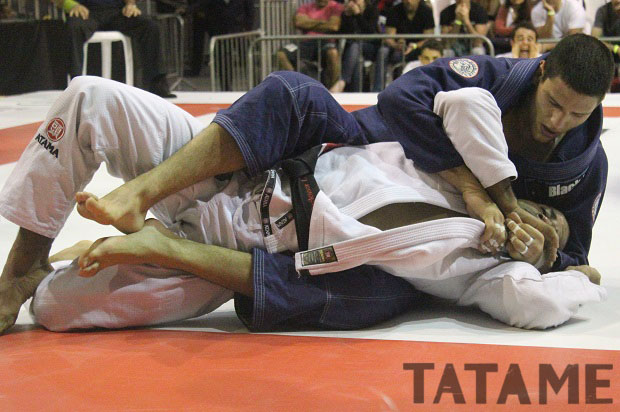 Felipe “Preguica” Pena was crowned champion of the Copa Podio middleweight event held on Sunday, September 8th, 2013 at the Tijuca Tennis Club in Rio de Janeiro. The Gracie Barra BH fighter faced all his opponents and beat them all with great performances and won the title by beating Diego Moreno, by 4-2 in the final of the Grand Prix. The third position went to Paulo Miyao after overcoming Travis Stevens.

Clark Gracie and Leandro Lo also shined in this event. The first strangled Diego Borges from behind after securing the arm of his opponent with a omoplata after 23 minutes of fighting, in the Cities Challenge, and raised the name of San Diego. Leandro Lo, the student of Cicero Costha beat Claudio Calasans in a no gi superfight, by 7-0 (two sweeps and a pass).

Felipe Pena defeated Alexandro Ceconi (7-0), David Ramos (choke), Kit Dale (2-0), Diego Moreno (armbar) to advance to the semifinals where he beat the Olympic judoka Travis Stevens 9-2, who despite defeat, lifted the audience when he applied a spectacular throw. 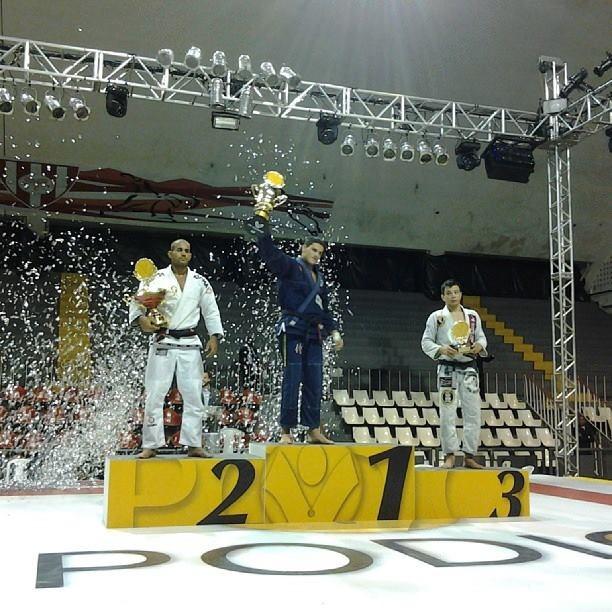 In the final, Pena met Moreno, who had dominated his opponents, including Paulo Miyao (4-2 in sweeps), who had been the lightest among the participants.

In the initial mmoments of the final, Pena put Moreno in trouble and managed to score to take the back of the black belt of Soul Fighters, who left the awkward position, swept but still ost 4-2.

The star of Leandro Lo shined once again now, in no gi. The student of Cicero Costha had a big challenge ahead, but was not intimidated and beat Calasans beat by 7-0 (two sweeps and a sweep).

The fighter, who participated in the previous Copa Podio, used his powerful guard to neutralize the onslaughts of the Atos black belt. 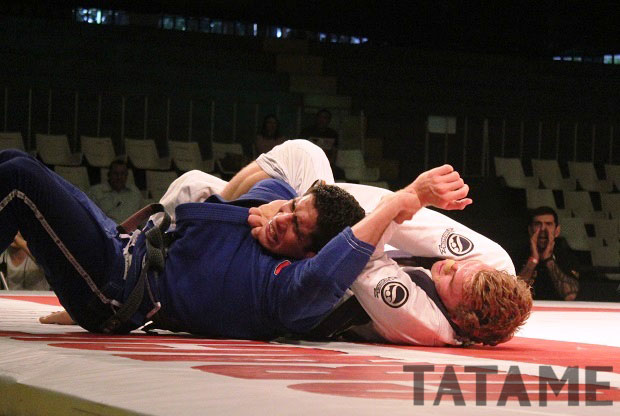 Clark Gracie opens the event with a beautiful submission

In May this year, Diego Borges defeated Clark Gracie. But after four months, the story was not repeated. The representative of San Diego entered the tatami with a will to change, but the athlete from Manaus, staretd better and was in north-south position in the beginning of the fight.

The fight was submission only with no points so Gracie tried to reverse the situation. He went to his favorite move the omoplata to immobilize the arm of the Checkmat athlete and managed to get the tap out with a choke.

“It was a tough fight, Diego was killing my game as well, so I thought: I have to surprise him. I have to watch the video to see how I did it. I thought I would finish faster, it took longer than I thought. I’ve never had a fight with no time limit . It was pretty cool, “said the black belt, after the triumph