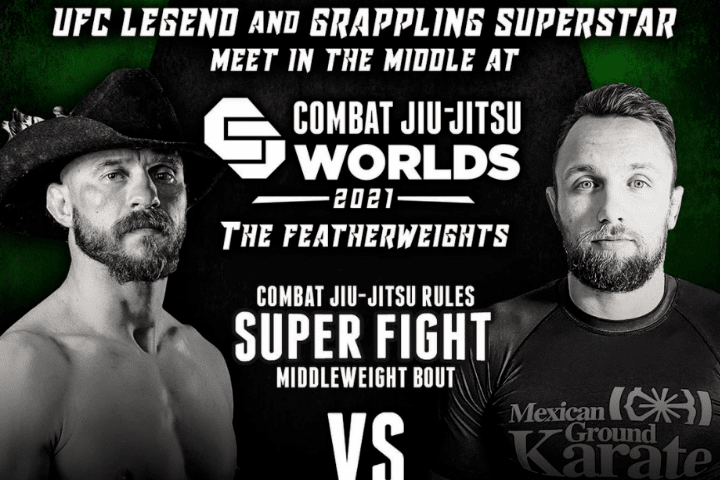 If you’ve thought that the world of Jiu-Jitsu couldn’t get more interesting than it already is, you’ve thought wrong. Eddie Bravo’s Combat Jiu-Jitsu Worlds: The Featherweights event is taking place on December 19, in Cancun (Mexico)… And now it has an exciting spectacle at hand: Craig Jones will go head-to-head in a superfight against UFC’s Donald “Cowboy” Cerrone!

The promotion shared the awesome news on their social media:

Donald “Cowboy” Cerrone has an experience of over 50 professional mixed martial arts fights; out of which 37 are in the UFC. He is one of the best UFC’s fighters of all times, with the most wins under the organization; and has recently appeared at Submission Underground (SUG) 19 – where he submitted Rafael Dos Anjos under EBI overtime rules.
Craig Jones, on the flipside, is one of the most beloved Brazilian Jiu-Jitsu athletes of today. This won’t be his first time facing a UFC athlete either; as he’s already won matches against the likes of Davi Ramos, Gilbert Burns, and others.