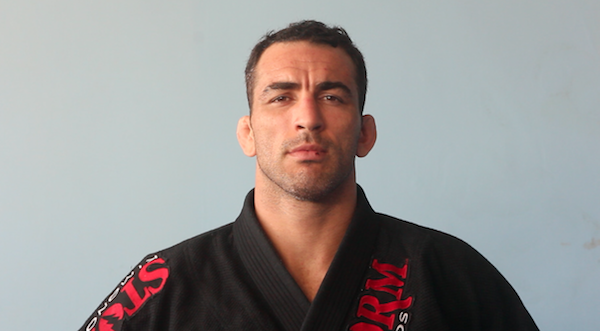 World Exclusive – Braulio Estima discusses his recent suspension regarding the IBJJF 2014 World Championship.
Last June during the 2014 Jiu-Jitsu world championships, Braulio Estima took the gold medal in the medium heavyweight class closing out the bracket with team mate Romulo Barral. After the tournament, Estima was controlled by USADA.

The results came back positive for Methylhexaneamine (DMAA) which is commonly found in some pre-workout drinks. Estima has been stripped of his title by IBJJF and USADA and has been given a 2 year suspension.

THE MANAGMENT OF THE STORM KIMONOS GROUP WISHES LET BE KNOWN THAT ONGOING FULL SUPPORT WILL BE PROVIDED TO MR BRAULIO ESTIMA DESPITE THE UNFORTUNATE SITUATION.

In this exclusive interview with Jiu-Jitsu magazine Braulio discussed what happened: