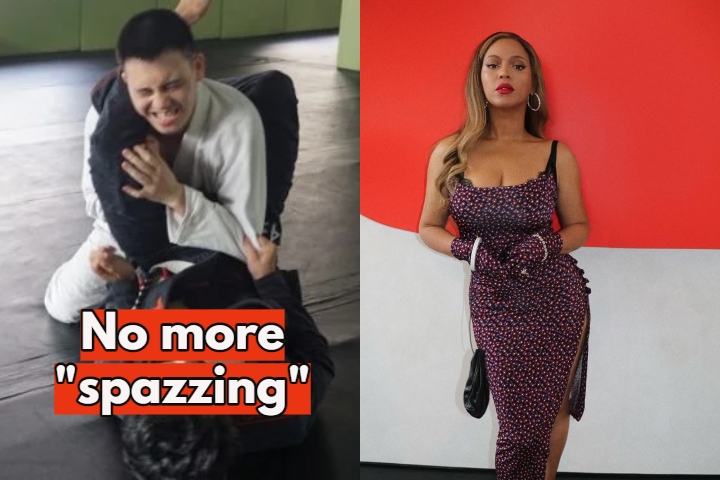 The term “spaz” in BJJ often refers to beginners who try to escape a position through lack of coordination and technique – with frantic, all-over-the-place movements. In colloquial speech, the word “spaz” denotes something along the lines of “freaking out”.

However, the origins of the term can be regarded as insulting. It’s derived from the word “spastic”, which in medicine refers to a disability that makes it difficult for people to control their muscles, especially in their arms and legs.
With that in mind, the woke culture has now seemingly decided to declare the word “spaz” as a derogatory one. Why?

Well, Beyoncé‘s new album “Renaissance” debuted on July 29, with one of the songs (“Heated”) having the following lyric:

Because of this, the song was quickly declared as an “ableist slur” by people on social media.

So @Beyonce used the word ‘spaz’ in her new song Heated. Feels like a slap in the face to me, the disabled community & the progress we tried to make with Lizzo. Guess I’ll just keep telling the whole industry to ‘do better’ until ableist slurs disappear from music 💔

It’s because of this that Beyoncé’s team has confirmed to Variety that the troubling lyric will be removed and replaced with a new one: “Blastin’ on that ass, blast on that ass.”