Andrew Wiltse Issues PSA on Sexual Assault: “No Means No, You Pieces of Sh*t” 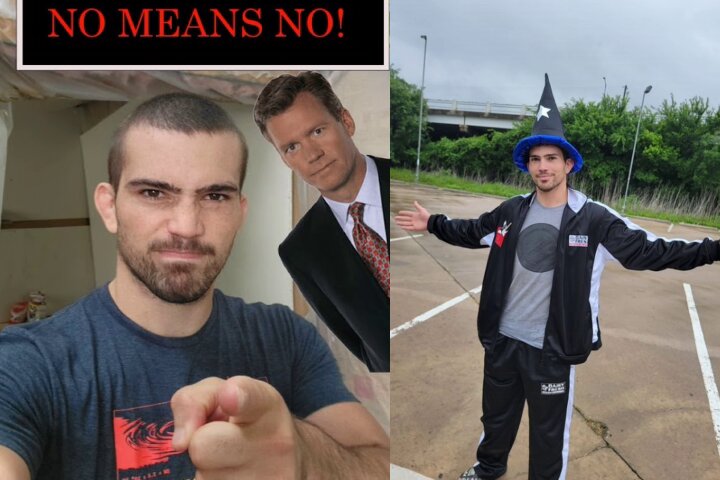 Andrew Wiltse, a multiple World and Pan champion, is one of the most exciting grapplers on the circuit both Gi and No Gi alike. Here’s a throwback to the Daisy Fresh’s star 75:0 run-down against his opponent:

Other than being a superbly exciting athlete, Andrew is known for his vocal and cut-to-the-chase demeanor. In the light of the recent sexual assault allegations scandals in the BJJ community, Wiltse took it upon himself to deliver a straightforward PSA.

ANDREW WILTSE: “NO MEANS NO!”

Andrew begins the video by emphasizing that sexual assault doesn’t just mean what most people think it means. For example, it also means flirting too aggressively when the other person isn’t showing any interest. It means coercing someone to engage in sexual activity by talking them into it, even though they said “no”:

No means no! One “no” means “back off”. Listen to body language, too. They many not be vocalizing it, they many not be saying the words “no” or “stop” out loud… But if they’re stiffening up and being unresponsive, it’s clear that they’re not interested – fu*king back off.

If they’re under the age of 18, don’t fu*king do it! Some of you stupid fu*king idiots out there don’t understand that they’re children. Their brains are not fully developed… They don’t have any life experience yet, they don’t have any real individuality. And they don’t control their own lives yet. They don’t know who they are as people.

Andrew also addressed the issue of BJJ practitioners covering up other athletes for sexual assault:

I can somewhat understand that this guy is your friend… [But] no. Come on man, you guys set an example for the rest of the sport. You have people who look up to you. You can’t normalize this culture, just don’t do it.

As far as victim-blaming is concerned, Wiltse doesn’t hold his tongue back the slightest:

You’re literally blaming children for being promiscuous, you dumb motherf*ckers.