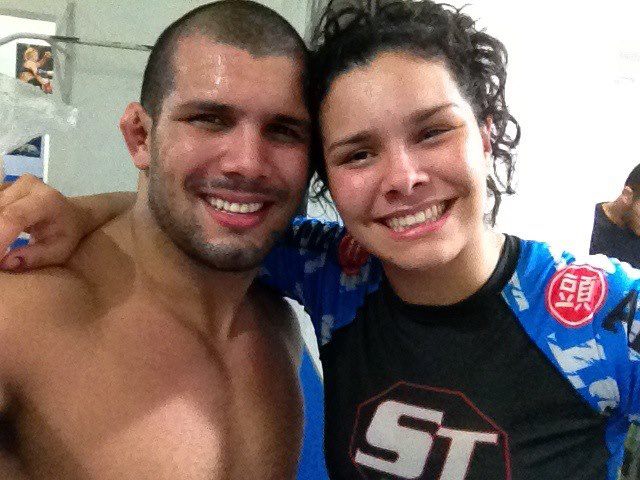 Having one of the biggest names in Jiu-Jitsu as a brother today is no easy task for those who want to pursue a career in sport. This is the case of Ana Carolina Vieira, sister of Rodolfo and also GFTeam athlete.

However, she was not intimidated by the pressure and got the job done for the chance to fight for the first time in the World pro in Abu Dhabi in April, after winning the Brazill trials in both weight and in absolute at blue belt.

“To be honest, I’m really nervous. I will train three times a day, taking care of injuries to try to repeat what I did here, gaining weight and absolute, “said the fighter.

Asked whether to follow the path of her brother, who made a big impression the first he competed at the World Pro as a brown belt ( beating Braulio Estime), Ana Carolina did not hesitate to praise and stated Rodolfo as her source of inspiration.

“He helps me, gives me everything he knows. When he teaches a position he calls me to come and see. Rodolfo encourages me and others and is my motivation to keep going, “added the fighter.