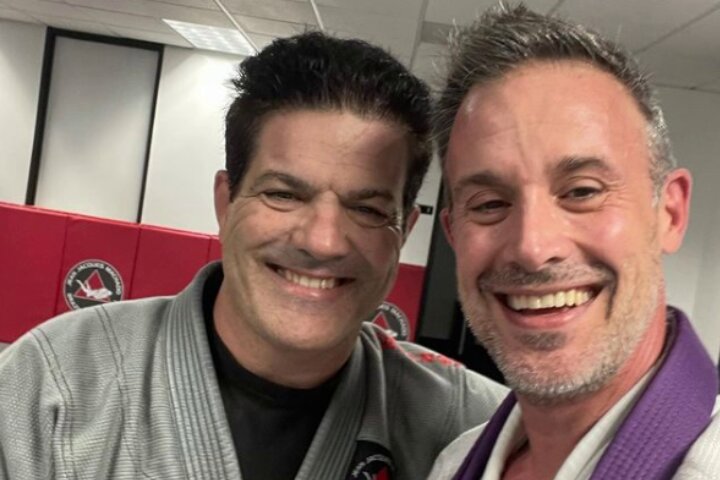 Freddie Prinze Jr. is one of the biggest movie stars of the 90s. But what a lot of people don’t know about him is that he has been training Brazilian Jiu-Jitsu for a long time!
As a matter of fact, on September 2, he has been promoted to purple belt… By none other than Jean Jacques Machado!

Here’s what Machado, a seventh-degree coral belt, had to say about Prinze’s Jiu-Jitsu:

I remember we met years ago when you were a teenager, not knowing years later you will become a super star. Later in life we saw each other and start training Jiu-Jitsu again.
(A) few years later, after an incredible commitment and dedication I felt you are ready to step up. Congratulations on your purple belt.

Prinze shared the good news with a huge smile on his social media too:

Thank you so much to my dear friend @jeanjacquesmachado you’ve taught me as much about life and parenthood as you have in Jiujitsu. Forever grateful brother.