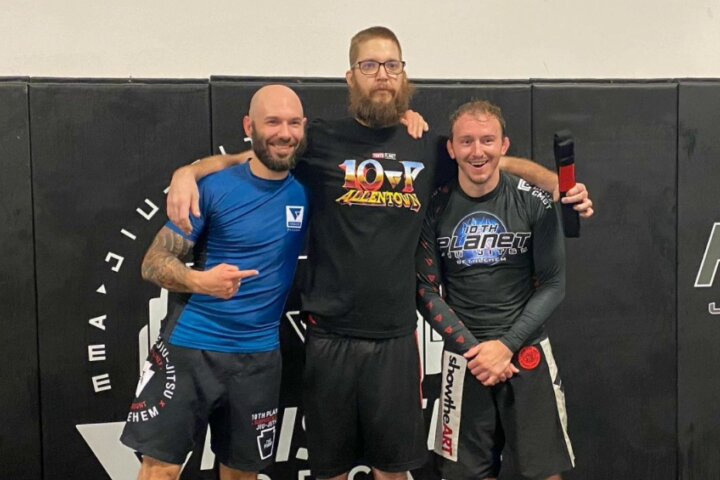 10th Planet Jiu-Jitsu’s black belt Zack Edwards has been diagnosed with brain cancer. Now, his loved ones are asking for help.

Edwards experienced a persistent headache before he was admitted to hospital in April, where he was initially diagnosed with a case of bactetrial meningitis. However, he was readmitted at the beginning of May, where he underwent surgery for a pacemaker and then for a brain surgery.
He was then released from the hospital to begin his recovery… Even though he was still without answers so as to what was causing his health problems. Then, in July, he was promoted to black belt in Jiu-Jitsu by JM Holland and Zach Maslany.

However, his fiancee now shared the heart-wrenching news that Zack has been diagnosed with brain cancer.

A GoFundMe has been set up to help pay for Edwards’ medical bills, and a hoodie has been created with the purpose of raising money to pay for his treatment as well.

In a statement to the Jiu-Jitsu Times, the fiancee said:

Zack has impacted a lot of people in the jiu-jitsu community. We’re seeing the effects of that impact by everyone coming together. On behalf of his family we want to thank every single person who’s helped out. It’s obvious he is loved dearly and we’re doing everything we can for him. All prayers are appreciated.