When Is The Right Time To Start Competing In BJJ? 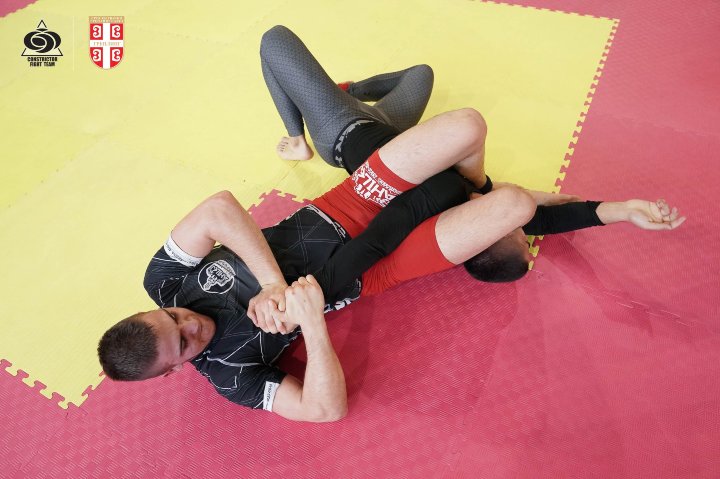 Most people start training Brazilian Jiu Jitsu because they want to do something which will keep them fit and healthy, because they want to learn how to defend themselves, or/and because they’ve heard about it and wanted to give it a shot. The thing is – rarely anyone has started out with BJJ because they wanted to compete from the get-go.
However, after some time spent on the mats, a lot of Jiujiteiros will start playing around with the idea of competing, asking themselves: „I would like to compete… But is it the right time or should I wait a bit longer, until I’m ready?“

NO, DON’T START COMPETING FROM THE VERY START

There’s one school of thought that claims that everyone should start competing as early as possible. And while it’s understandable what the idea behind this reasoning is (to accumulate experience), this isn’t what we’d actually advise you to do.

The disadvantages of competing before someone has learned at least what the basic positions are and one or two techniques for each position far outweigh the advantages. A Jiujiteiro will compete without knowing anything of substance – and then will be crushed by more knowledgeable opponents.
The issue is not in being „crushed“ by an opponent. Everyone needs this sort of an experience, so that they know where they stand and so that they can learn… But the issue appears when you have so little knowledge that you can’t figure out what you don’t know.

In other words, you need at least a little bit of prior knowledge to start learning from the experiences at competition. Therefore, the answer to the question posed above is not: „From the very beginning“…

WHEN YOU FIRST START FIGURING THINGS OUT

… But when you first start figuring out what to do! Sure, the lessons of the mats will reveal their many secrets only after you’ve been training for quite some time. You won’t really understand what you’re doing, the essence of it and why it works, perhaps until years after. But as soon as you figure out the basics of what your coach is showing, it might be the right time to start competing.

When you know the basic positions, when you can hit at least one or two techniques from them – both the escapes and submissions; then is the right time to go for your first competition. Note that it isn’t important that you know these techniques perfectly well (you won’t, anyway); but that you know how they work and how you should execute them.
Then, once you’re on those mats and experience your first wins and losses, you’ll be able to look back at the mistakes you’ve made in the execution of these techniques and correct them. You’ll be confronted with something your opponent did, to which you had no answer to; but since you kind of know the scenario within which he did it, you’ll be able to learn a counter.

OTHER THAN THAT – NOW!

But if that period has passed and you’re well on your BJJ path without having ever competed… Then the best thing you can do is to stop thinking and start competing right now! The fears, whichever you may have, will vanish as soon as you’re on those mats. It doesn’t matter if you’re a blue, purple, brown or even a black belt that didn’t compete before – but that you’re going to do it.
Because, what is BJJ other than a chance for everyone to get better, to enjoy the life and the challenges it entails? Go for it; and trust us, you will be hooked afterwards.