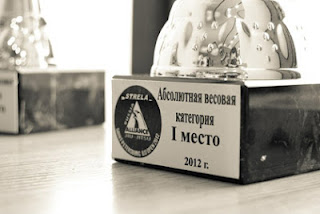 Thanks to our friends at Jiu-Jitsu style magazine for the information and pictures. 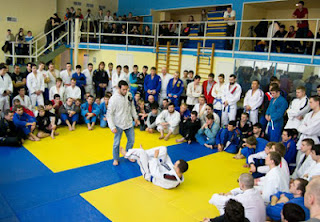 As you saw in our interview of Russia;s first BJJ black belt Leonid Gatoskiy (http://www.bjjeasteurope.com/2012/02/exclusive-interview-with-leonid.html) BJJ in Russia is still growing.

There are now new Brazilian black belts that have opened schools there and we expect much more in the years to come. Over 100 fighters from different parts of Russia came to the  St. Petersburg to take part in SPb BJJ Open 2012 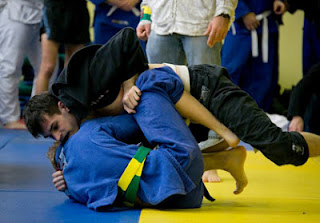 The event was hosted by Strela-Alliance Academy, which represents the most famous team in Russia. There were also fighters from Gracie Barra Moscow and Kristian Cestaro Russia team (run by a black belt originally from Gracie Humaita). 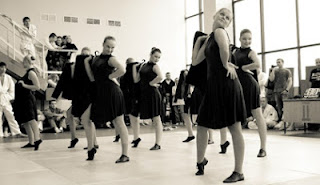 Luis Gustavo Campos, Alliance black belt, was a mat referee for the blue belt divisions. Campos was greatly surprised by the skills and techniques that Russian BJJ practitioners showed when fighting for the medals. Most competitors have never had constant access to higher grade athletes, often training on their own and only occasionally attending seminars with grappling stars like Roger Gracie, Jeff Monson or Victor Estima. However, it seems that a desire to learn and train was strong enough for everyone to develop.

Some top level judokas and sambo practitioners also took part in the event, though not of them managed to prosper over BJJ!

On a European scale, one hundred competitors is a small event, but for the Russian community it is a huge achievement. Next month Strela-Alliance will set up the Moscow BJJ Open, followed by the Russian BJJ Open.