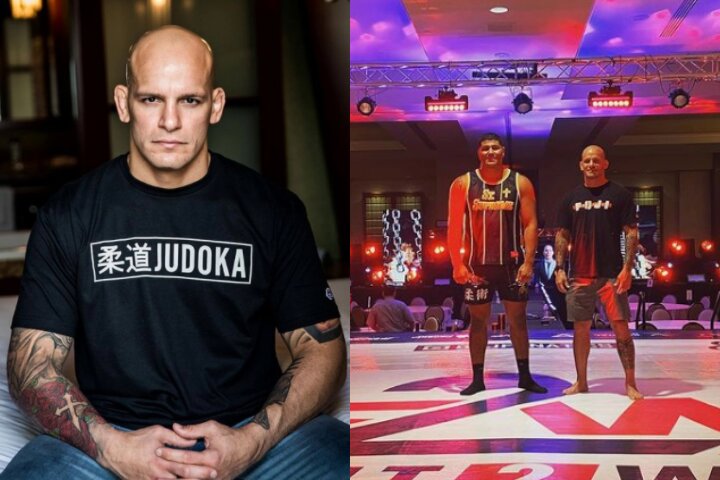 The Fight To Win 178 took place on July 24, featuring a main event between Victor Hugo and Guilherme Augusto; where Hugo managed to defend his heavyweight title. Also, the legendary Xande Ribeiro earned a win against Fellipe Trovo via an Armbar attempt, while Osvaldo Moizinho claimed a decision win over Pedro Dias.

The Hugo vs. Augusto was a considerably uneventful match. Hugo was working from his Closed and Open Guard, while Augusto never really went for a submission or a guard pass.
In the last minutes of the bout, Hugo went for an inverted Kneebar which Augusto defended. The two then settled into the 50/50 position; from where Hugo continued trying to “fish out” a Leg Lock. This is what ultimately earned him a close decision win.

The Xande Ribeiro vs. Fellipe Trovo was a much more exciting match. Trovo immediately went on the offensive, going for a number of submission attempts from his back. This approach kept Ribeiro on the defensive side of the equation, as well as unable to pass Trovo’s Open Guard.
However, with just around a minute and a half to go until the end, Ribeiro decided to pull Closed Guard. With around half a minute left, he went for an Armbar! He extended it fully, which forced Trovo to defend; and which brought Xande the decision win.

Check out the other results of the Fight To Win 178 below: