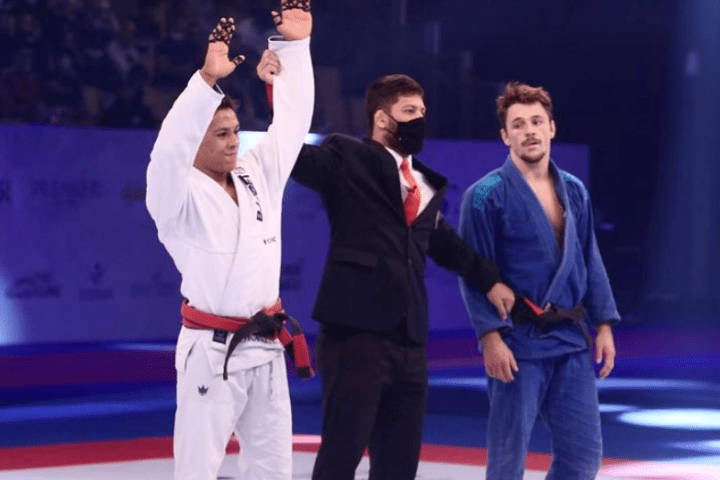 The Abu Dhabi World Pro Jiu-Jitsu Championships took place from November 14 and 19, with the black belts going head-to-head on the last day of the tournament. In the 77kg division, it was Mica Galvao – the 18 year old phenom – who won the gold, becoming the youngest Abu Dhabi World Pro champion in history!

Mica first had to win the Brazilian qualifiers, which he did by submitting two out of his three opponents. Then, in the main bracket, he submitted Levi Jones-Leary with a Triangle Choke in less than two minutes; advancing into the finals. In the finals, he faced Espen Mathiesen. Mathiesen submitted two out of three opponents before reaching the finals, and his match against Mica started with a double Guard Pull. Mica looked for a pass, but Espen was doing a fantastic job of retaining his guard.
At around 60 seconds remaining in the match, Mathiesen went for a Berimbolo – but Galvao countered with a Straight Ankle Lock and got the tap.

The rest of the World Pro was no less exciting. Here are the winners of each division: