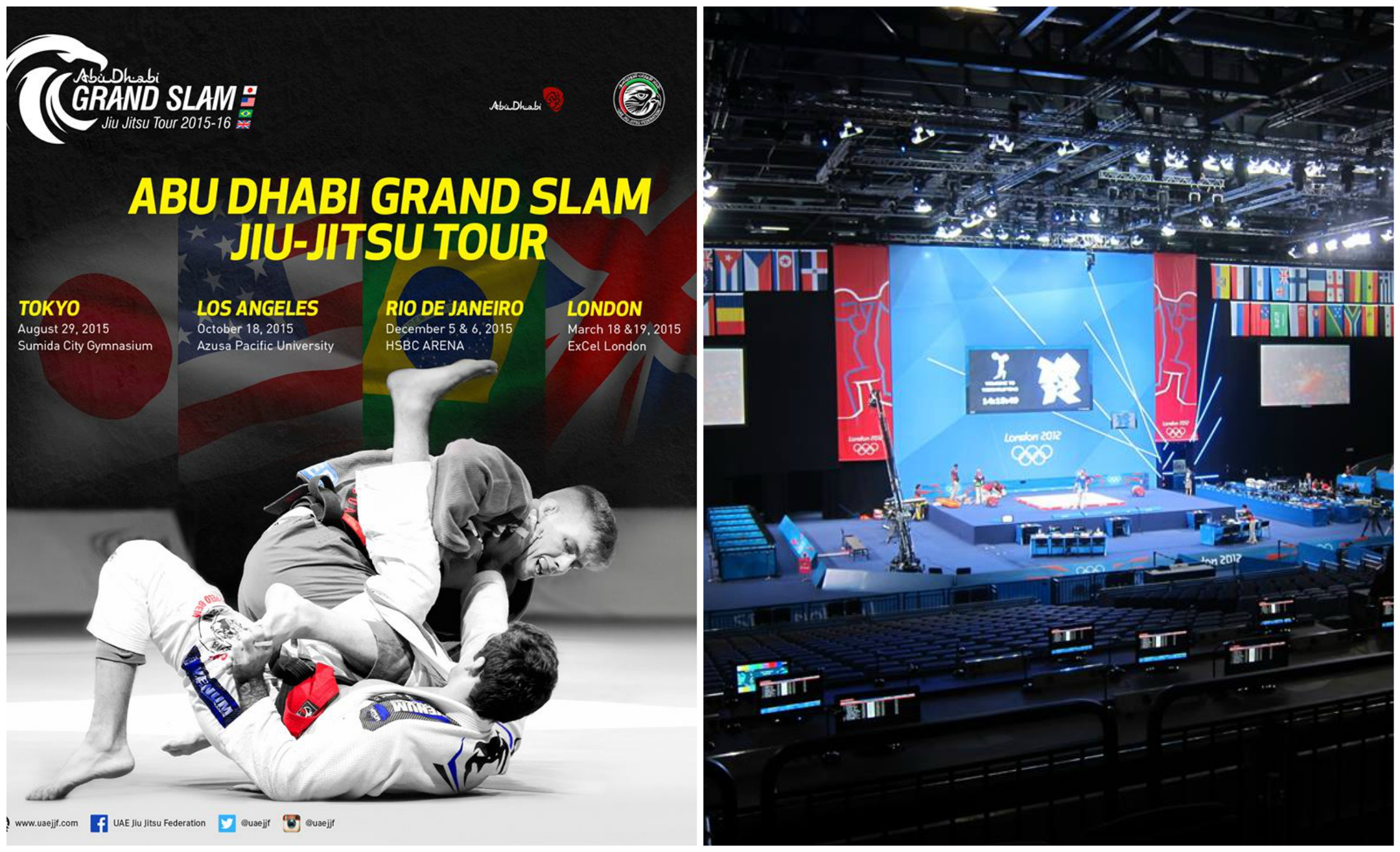 The London Grand Slam will be using the same hall as the London 2012 Olympic Weigh lighting Games.

OPEN TO ALL NATIONALITIES.
Cash prizes will be awarded for the top 3 athletes of each division.
All medalists will be listed in a world ranking and the best players will receive money prizes at the end of the tour.

For the 2015/2016 season, the UAEJJF will be implementing 4 grand slam tournaments outside the UAE, paying out large cash prizes for each open class, and for the black belt adult male weight classes

There will also be an official ranking, giving out money to brown/black belt at the end of the year.