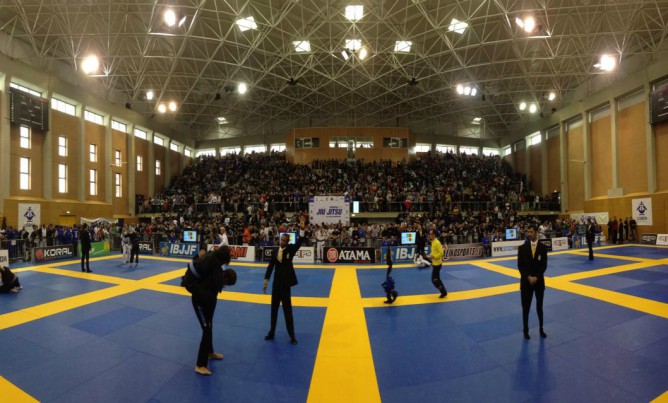 The next big event in the European BJJ calendar are the 2015 European Jiu-Jitsu championships! This year with 3,400 registered competitors, the European is the biggest championship in the world, surpassing the Pan (3,000 last year).

This shows the huge growth of Jiu-Jitsu in Europe as last year, there were 2,300 competitors in Lisbon. That’s almost a 30% increase in one year!

To make way for this massive number of competitors, the event will be 5 days long:  January 21-25,  in Lisbon, Portugal.

IBJJF have updated the schedule on January 14th: