Concussions And Jiu-Jitsu: What You Should Know 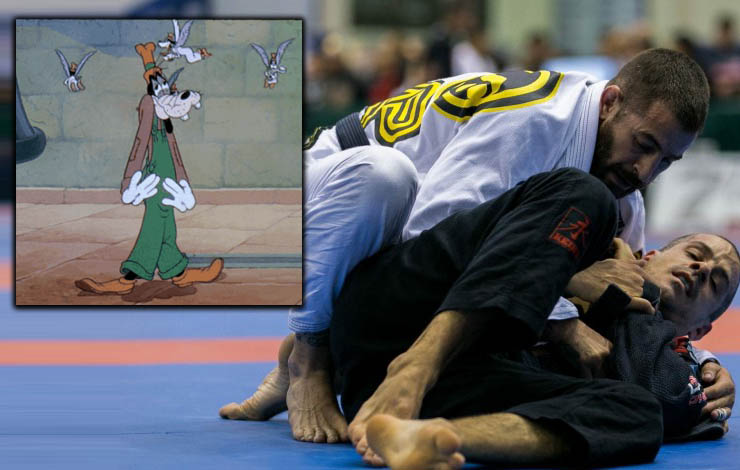 Concussion is a traumatic brain injury that alters the way the brain functions. While the effects are usually temporary they can include a variety of symptoms all involving cognitive functions, balance and coordination.

Interesting fact is that they’re usually caused by a blow to the head or violent shaking but a heavy hit will not necessarily result in a concussion – in fact it’s highly individual.

Judo has had some deaths on record resulting from from concussions. One study examined 5 published cases of mild traumatic brain injuries that were fatal due to an acute subdural hematoma. All 5  were novices and all were examined by medical professionals following injury. Although the students were prohibited from returning to play they resumed judo practice soon after injury. Some reported headaches in the mean time but resumed practice regardless. Between 17 and 82 days later they received fateful hits to their heads revealing acute subdural hematomas (Fujiwara, 2014).

In terms of Wrestling, concussions are quite prominent but they usually occur in competitions. In fact as much as 53 percent happened on such occasions while significantly less occurred in practice. Epidemiology studies have recorded that most sports related concussions are tied to men’s wrestling – more then both men’s ice hockey and women’s hockey (Zuckerman, 2015).

Concussions in bjj are somewhat more rare – most of bjj is based on the ground and as such presents less opportunity for such an injury to occur. Still, there are no rules as concussions can vary.

Common signs and symptoms of a concussion may include:

One documented case of a brazilian jiu-jitsu is head instructor Jared Weiner who put up an important statement regarding this topic on groundnevermisses.com:

“I was always the first person to tell someone to suck it up and fight through the pain, no matter what the circumstance was. If we were training for a tournament winning was the only thing that mattered. I can honestly look back and say that was a bad mentality and we are very lucky more serious injuries didn’t transpire over the years.
The back story: On July 19, I was in the finals of the IBJJF NY Summer Open. My opponent executed a beautiful single leg, he lifted me up and my head bounced off the mat. I saw the “camera flash” but kept fighting (This had no outcome on the match, my opponent won with great positions, and I don’t want to take away from his victory). Immediately after the match I became very nauseous and dizzy. I found myself dry heaving in the bathroom, and I wasn’t sure how I ended up there. That night I continued to throw up and feel “off” but I thought I was coming down with the flu and left it at that. That was HUGE mistake number 1.
Fast forward to exactly one week later: I was still feeling a little “off” but training hard anyways. All I knew was I had the Chicago Open coming up and I had to win coming off that loss in NY. During that training session I was accidentally kneed in the jaw by one of my students and knocked out cold. I have very little recollection of the actual hit, but I do recall coming to and asking what happened. I was not really sure what was going on but I decided to keep training anyways because if I missed a day of practice (in my mind) I would be soft and It might effect the outcome in Chicago. HUGE mistake number 2.
Fast forward to August 3: I finally decided to go to the hospital to see what was going on with me, because since the day I was knocked out, I felt light headed 24/7. I was experiencing horrible headaches and scalp pain. I had crazy pressure in my left eye, and I was not able to sleep. Any type of light was hurting my eyes, and worst of all I became sad, emotionless, and suffered memory loss. I was scared as I never felt like this before, and I didn’t know what was going on with me.
I remember the doctor being really cool and trying to talk MMA and BJJ with me. She then advised me that I suffered two back-to-back concussions within a week and that is rare and extremely dangerous. She told me it could have been fatal to get two right on top of each other. She said it will take time but I should feel normal again eventually. EVENTUALLY.
So here I am almost three months later still stuck in this “fog”. My headaches are not as severe, but I am still walking around light-headed and really “off”. I have not been able to train live, only teach, but even that is very difficult for me these days. A lot of things have been put in perspective for me over the last three months. The last thing on my mind is medals and tournaments, but being well for my daughter and family is my priority. This has been a nightmare for me, and people who have never experienced a head injury before never really seem to understand, and its very frustrating for me. I may seem normal, and look normal, but I feel far from normal.
I’m hoping to bring some awareness to head injuries in our sport and they are to be taken very seriously. Take some time and educate yourself on the topic and if you are ever feeling “off” from a head shot get checked out.”