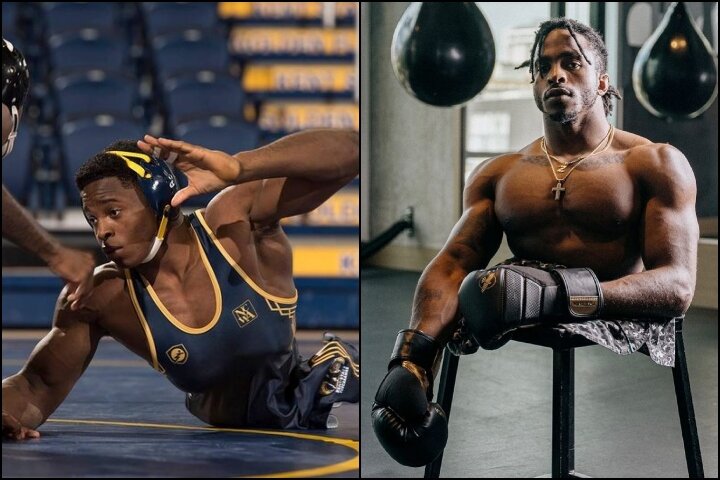 Zion Clark is probably one of the most inspiring people you can meet.
Born without legs, the Ohio native is well-known for his wrestling accomplishments – as well as for being “the fastest man on two hands” – and he’s now getting ready to compete in his MMA debut, too!

In an interview with TMZ, Clark emphasized that fighting in MMA is the same as wrestling for him:

I’m trying to run this sh*t up! It’s not just a rinky-dink fight. This sh*t’s going on pay-per-view.
This sh*t is a legit sanctioned fight.

Clark was born with a rare birth defect called “Caudal regression syndrome”; a disorder that impairs the development of the lower half of the body.
He was put to adoption after being born and was bounced around the foster care system.

But then, in elementary school, Clark was introduced to wrestling. Even though he wasn’t quite good at it at first (he didn’t win a single match for years), after meeting his high school wrestling coach Zion’s wrestling improved dramatically.

At the moment, he’s training for the 2024 Olympic Games, where he’d like to wrestle. But he’s also aiming to compete in the Paralympics, in wheelchair racing – as he’s one of the most elite racers in the world.
Take a listen to his inspiring story on the video below: