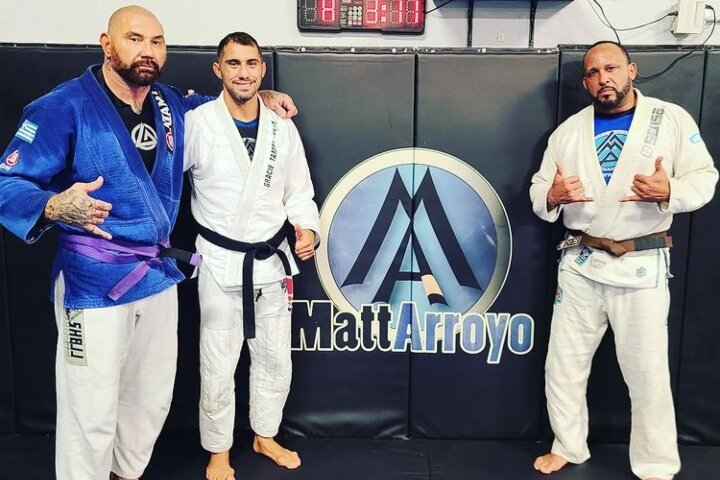 WWE wrestlers training Brazilian Jiu-Jitsu – it just makes sense, doesn’t it? Both WWE and BJJ are based on grappling and carry a lot of crossovers between each other.

Well, it may nevertheless come as a surprise that the famous ex-WWE wrestler Dave Bautista was seen training Jiu-Jitsu with another WWE wrestler – MVP (whose real name is Hassan Hamin Assad).
MVP shared the news about it on Instagram, with Bautista wearing a purple belt:

I had a great time training with Professor Matt and Dave this evening! Good technique and quality rounds! I needed that!

Both men have trained Brazilian Jiu-Jitsu for a number of years. MVP – who is now a brown belt – has been competing a lot as well, and has won a masters gold medal back in 2020, as a purple belt:

MVP, who is now almost 49 years old, is still in incredible shape. Just one look at his WWE wrestling profile – which states that he is 6’3 and 117kg – makes it clear that he is a big challenge to those who compete against him.