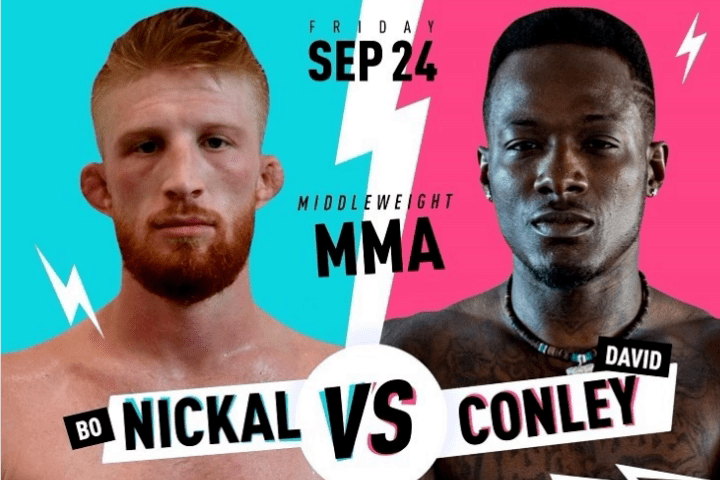 Wrestling U-23 world champion & NCAA All American wrestler Bo Nickal has just made a huge leap! The Penn State alumnus will make his MMA debut in an amateur fight against David Conley, on September 24.
Nickal shared the good news on his social media:

If Nickal’s name sounds familiar, it’s because it is. He’s a 3x NCAA wrestling champion who, late in 2019, faced against Gordon Ryan in a modified rules grappling match. Gordon was able to bring the fight to the ground 3 times with Scissor Takedowns but was not able to maintain top position since Bo scrambled out of bounds every time. Gordon attempted the scissor a few more times, but this time Bo was wise to it and stuffed all the attempts. Bo played it safe, with a game plan of not taking it to the ground too early so as to not give Gordon a chance to use his Jiu-Jitsu.

Also, late in 2020, Nickal began his Brazilian Jiu-Jitsu journey… In the Gi!