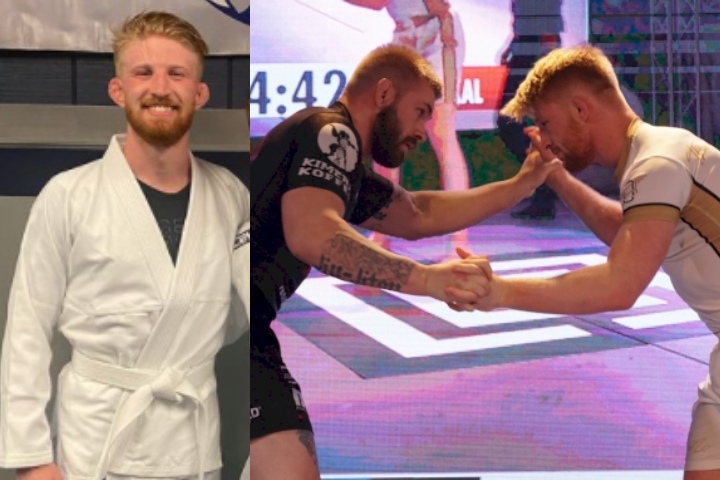 Wrestling under 23 world champion & NCAA All American wrestler Bo Nickal has finally made the plunge and embraced Brazilian Jiu-Jitsu in the Gi. He took a picture at one of his training sessions wearing his fresh new white belt. He’s been training with fellow wretsling champion Jason at The Mat Factory BJJ Academy in Pittsburgh PA.

Bo has in the past trained at ATT Coconut Creek Florida and is planning to transition into MMA after wrestling.

Late last year, the world’s best No Gi grappler Gordon Ryan faced Wrestling world champion Bo Nickal in a modified rules grappling match where leglocks were not allowed. Ryan was able to bring the fight to the ground 3 times with scissor takedowns but was not able to maintain top position since Nickal scrambled out of bounds every time. Ryan attempted the scissor a few more times, but this time Nickal was wise to it and stuffed all the attempts. Nickal played it safe, with a game plan of not taking it to the ground too early so as to not give Ryan a chance to use his Jiu-Jitsu.

Bo Nickal was recently interviewed and asked about how it was grappling Gordon Ryan.

Nickal was obviously not happy with himself for having lost the match but thinks he did well considering the circumstances: