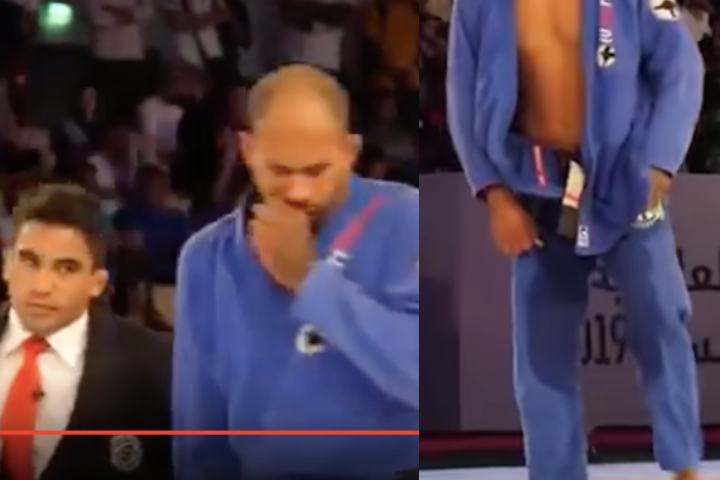 Many did not know what to expect from Erberth Santos as he made his return to competition at the 2019 world pro, just a few months after the BJJ AlL Stars Fiasco where he attacked the crowd.

His day went off to a flying start as he defeated Abdulrahman Bilarov by kneebar, but after losing to Kaynan Duarte, he faced the Russian Anton Minenko and things took a turn for the worse…

After sitting down and letting the Russian pass his guard and choke him, many thought that Erberth was up to his old tricks of faking an injury when facing adversity, but this was even worse. Many noticed, including BJJ Scout, that Erberth may have actually peed his pants….

What should be next for Erberth Santos? Is he in a mental state to compete?