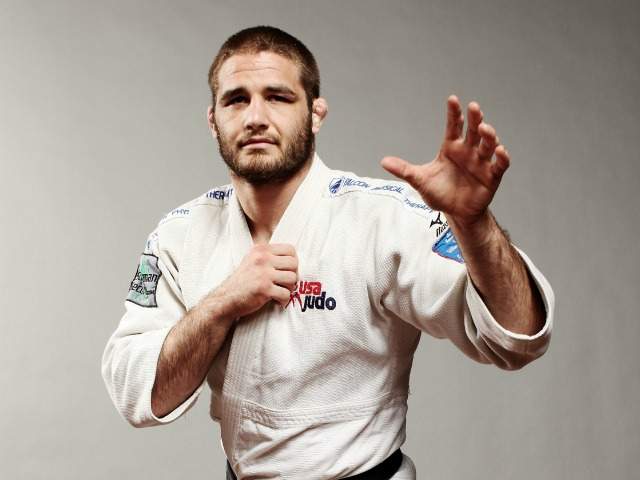 Destroyer of Brazilian judo at the Olympic and Pan-American Games, Travis Stevens (photo) is an instructor at the Renzo Gracie Academy and member of the American judo team. The American was chosen to replace Rafael Lovato Jr, announced previously, in the Copa Podio Jiu-jitsu Middleweight Grand Prix, set to take place on September 8 in Rio de Janeiro.

“Two of the top names in Brazilian judo, Leandro Guilheiro and Flávio Canto, have previously felt the wrath of Travis Stevens. This tough American is famed for being a real thorn in the side of Brazil.” (Lydia Gismondi – Sport TV).

And when it comes to jiu-jitsu? Will Travis manage to overcome the Brazilians in the Copa Podio Middleweight Grand Prix?

Travis Stevens competed in 2008 Summer Olympics. He participated in the 2012 Summer Olympics, losing against the previous winner of the 2008 Summer Olympics, Ole Bischof, in the semi-finals by judges’ decision and was then beaten in the bronze medal match by Canada’s Antoine Valois-Fortier. Travis also holds a brown belt in Brazilian Jiu-Jitsu under Renzo Gracie
An early start at the age of 6 enabled him to acquire a vast amount of knowledge in Judo and other martial arts. Travis is an outstanding athlete in the sports of Judo and Brazilian jiu-jitsu. In Judo he is currently ranked top 5 in the world and he is considered by many the greatest American male Judo athlete. He has many accomplishments in both sports. Stevens trains at the Renzo Gracie Academy in New York City with several elite athletes. He has also opened up his own school in Boston, Massachusetts on January 12, 2013. Travis also teaches at Renzo Gracie Fort Lee in New Jersey.