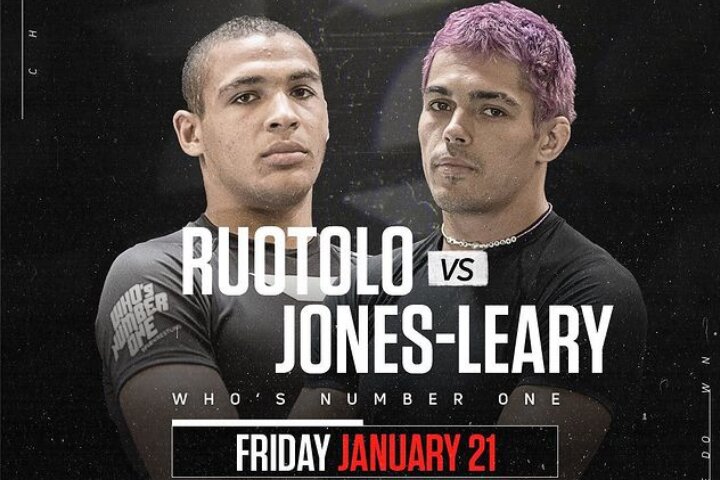 The next Who’s Number One (WNO) event is taking place on January 21… And after the reveal of the main match – the one for the light heavyweight title, between Craig Jones and Pedro Marinho – they just announced that Tye Ruotolo will take on Levi Jones-Leary for the welterweight belt!
The news were announced on Instagram:

Tye Ruotolo needs little introduction. Although he’s been promoted to black belt only recently, he’s been beating elite-level competitors for quite a while. In 2021, Tye’s only loss came way by Craig Jones; and, relevant to this upcoming match, he earned the inaugural 185-pound WNO title by beating Johnny Tama, Dante Leon, and Mica Galvao.
Levi Jones-Leary is also one of the technically most superior contemporary grapplers. Although most of his wins came in the gi, he’s been successful in no-gi competition as well. For instance, earlier this year (in October), he beat Oliver Taza at WNO.

Of course, as mentioned earlier, this isn’t the only match to be looking forward to at this WNO event. Craig Jones is taking on Pedro Marinho for the light heavyweight title – a bout that is sure to feature some high-paced grappling highlights!