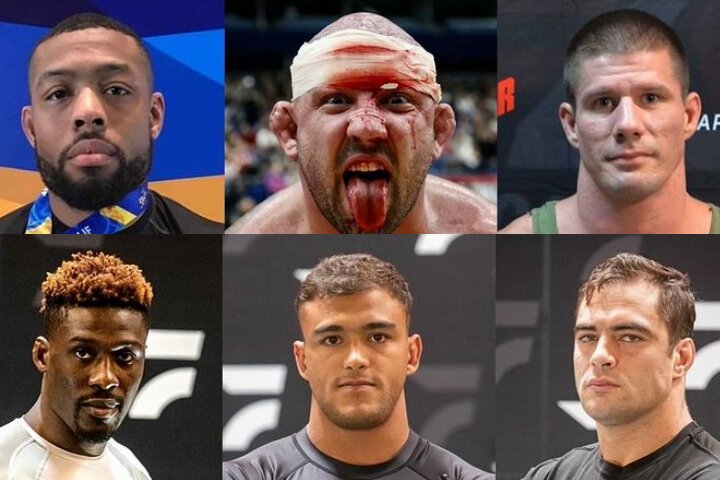 The Who’s Number One (WNO) championships are taking place on September 25 and 26. It will feature five brackets with eight athletes in each, most of them being the most elite grapplers in the world.
And wouldn’t you know it: the exhilarating heavyweight bracket has just been revealed! Check it out below:

This WNO bracket is, visibly, full of neck-to-neck competitors. Kaynan Duarte is ATOS’s top competitor, who won the ADCC 2019 heavyweight division. Since his loss against Roberto “Cyborg” Abreu, he’s displayed nothing but dominance on the mats and has also visibly improved his Leg Lock game. In his last performance, he beat a fellow ADCC champion Matheus Diniz, submitting him at The Road to ADCC event.
Mason Fowler, the longtime Submission Underground (SUG) champion is an exciting grappler with strong wrestling grounds. His back-attack game is immensely technically refined.

Kyle Boehm is a 10th Planet athlete who’s, among other things, in line for a shot at the Fowler’s Submission Underground title. Orlando Sanchez, on the flipside, is returning to competition. He is the 2015 ADCC champion who has earned second place at the 2017 ADCC championships; but has not competed since losing to Nick Rodriguez at ADCC 2019.