William Tackett: “Ever Since I Was A Kid, My Dream Was To Win The ADCC” 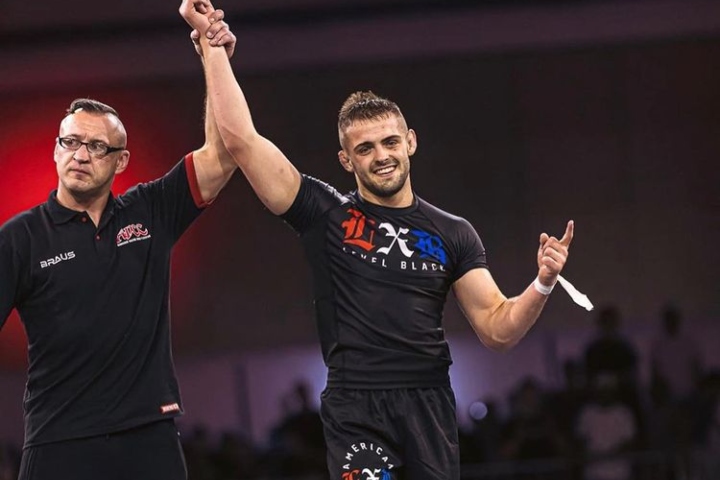 William Tackett, 21 years old, has won the recent ADCC West Coast Trials – and will soon compete in his first ever ADCC World Championships (77kg division).
But here’s what’s so amazing about Tackett: he’s been training Jiu-Jitsu since he was 8 years old – and winning the ADCC has been his goal ever since then!

He shared his story in an interview for the Grappling Insider:

I think that it’s everyone’s goal. By the end of their career they have to win ADCC. That is what it is for me.

Ever since I was a kid that was my goal and my dream. I gotta get to ADCC, and I gotta win ADCC. Especially doing that at such a young age.
Like, if I was able to win ADCC this time, like I’ve been training and planning to do… Then it would just completely catapult my career, in a direction that would be just way better than if I won it 10 years from now.

Tackett also spoke about how meeting Saulo Ribeiro helped him deal with the competition nerves:

I was doing a seminar where I was learning from Saulo Ribeiro and he was doing Q&A at the end. And that [nervousness] was something I had struggled with.
So I asked him: “How do you not get nervous? I’ve watched your matches since I was young and you always seem like you’re cool as a cucumber and you never get nervous.” And he’s like: “No, no, bro. If you’re not nervous, you’re not human… Everyone else gets nervous too.”

Now I just know that the other guy, he’s probably more nervous than I am. At least telling yourself that kind of helps, too.