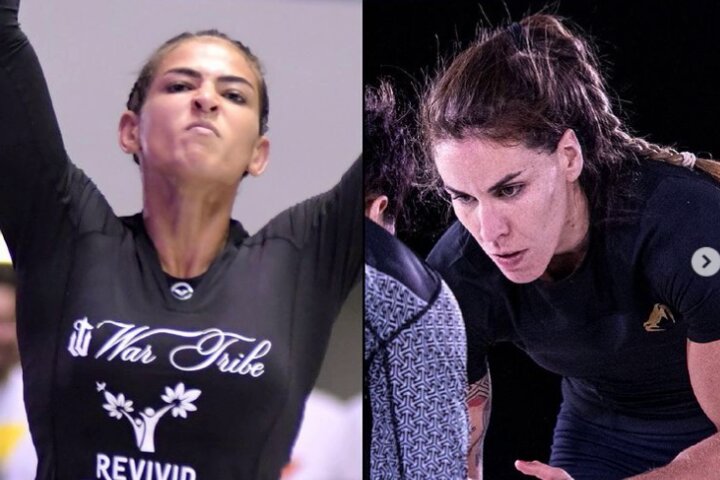 The Who’s Number One (WNO) promotion has announced that, later this year, two female title fights will take place. On October 20, Beatriz Mesquite and Luiza Monteiro will go face-to-face for the 135-pound title; while the 125-pound title fight features Nathalie Ribeiro against Ffion Davies.

WHAT TO EXPECT FROM THESE TWO FEMALE TITLE FIGHTS?

A short answer to the above question? Two superbly technical matches! Beatriz Mesquita is a seven-time IBJJF World Champion and an ADCC champion. She’s one of the most well rounded grapplers, with outstanding wrestling and guard passing skills alike. She has recently competed at BJJ Stars V in February, where she defeated Thamara Ferreira on points with a marvellous display of Leg Lock attacks.
Luiza Monteiro, on the flipside, is a five-time IBJJF World Champion herself, and is one of the top competitors coming from the ATOS team. She is also a well rounded grappler, who last competed at the Fight To Win (F2W) 168, where she won via Kneebar against Vedha Toscano.

In the 125-pound female title match, lots of fireworks can be expected as well. Checkmat’s Tata Ribeiro is a No Gi world champion, an exceptional guard specialist. She last competed at Subversiv 5 in May, where she won two matches and then lost to Rafaela Guedes.
Ffion Davies is a No Gi world champion and a three-time European Open champion. While Ribeiro’s game is heavily reliant on her guard, Davies focuses immensely on her Judo and guard passing skills. She last competed at a Polaris event in 2020, when she defeated Magdalena Loska via Rear Naked Choke.