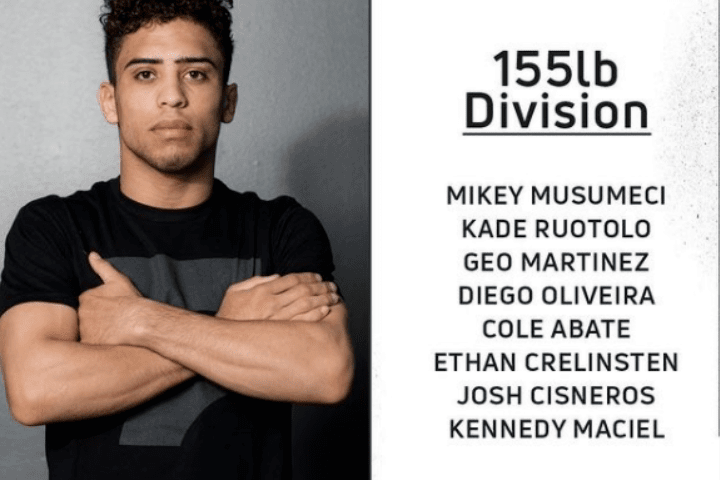 The Who’s Number One (WNO) tournament will take place in late September this year. Just recently, the championship announced the full 155-pound division bracket… And it’s nothing short of an exciting one!

While the exact match-ups are still to be announced, just the sight of this eight-man bracket is enough to cause nothing but awe. First of all, remember the Mikey Musumeci vs. Geo Martinez rivalry? The one that got really heated after their recent “The Road to ADCC” match? Read more about it here.
Well, here’s the kicker: both Musumeci and Martinez are in the bracket! And it may be the two of them who we’ll see rolling against each other in the very first match.

Kade Ruotolo is also on the card. The exciting young grappler recently suffered a loss against Roberto Jimenez at The Road to ADCC, but here he will be competing at his natural weight.
And yeah, you’ve guessed it – Ruotolo is the perfect match for the WNO submission-only ruleset, as his game is all about submission hunting. Additionally, he holds a recent submission win against an another competitor – Ethan Crelinsten.

Kennedy Maciel is an IBJJF No Gi World Specialist and an ADCC silver medalist, who’ll also compete in this bracket. He, like Ruotolo, has wins against other fellow competitors – against the aforementioned Martinez, but also against Diego Oliveira and Josh Cisneros.