Who’s Number One: Nicholas Meregali Wins via Armbar in Last Seconds of the Match 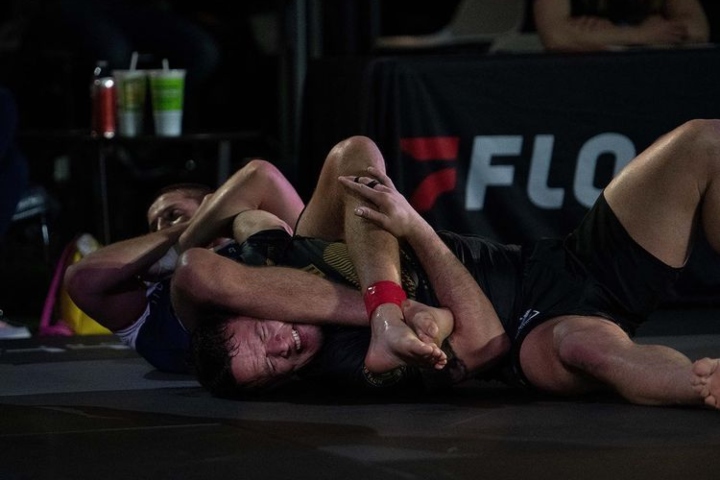 Nicholas Meregali just had a spectacular no gi debut! On March 25, at Who’s Number One, he went head-to-head against Arnaldo Maidana; submitting him in the final seconds of the match.

But the win didn’t come easy. The two grapplers were on their feet for most of the match, with Meregali constantly going for the Single Leg. Then, towards the end of the 15-minute bout, Meregali went for a Single Leg once again; but Maidana defended soundly, going for a takedown himself!
However, Meregali sprawled and then pushed Maidana to the mats. He swiftly moved in and isolated his arm, set up an Armbar – and got the tap.

Watch the submission on the video below:

It’s important to emphasize that Nicholas Meregali has only been training no gi grappling for several weeks. He’s been doing so under the guidance of John Danaher and Gordon Ryan; which means that his no gi successes are yet to come!
Meregali will also compete at the 2022 ADCC World Championships (an invite he has earned for his gi successes)… And considering the skillset he has showcased at this WNO edition, we’re going to be in for a treat.