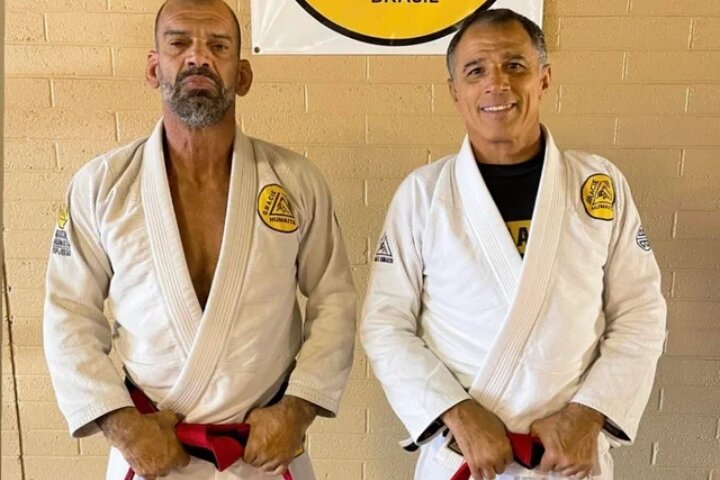 Wellington “Megaton” Dias is a Brazilian Jiu-Jitsu legend. He has been one of the most frequent competitors in the older age brackets, and has once been a top competitor in the adult division.
He has stayed with the same instructor, Royler Gracie, his whole life and has always been a competitor under the Gracie Humaita banner. And yesterday, after decades of training, Megaton has been promoted to the rank of a coral belt!

He was immensely proud of his achievement:

Megaton’s first martial art in youth was Judo, but he quickly started training BJJ. He received his black belt from Royler when he turned 18, back in 1985.
Then, he became an incredibly active competitor. He piled up success after success on the IBJJF World Championships back in the late 1990s and early 2000s, and has also won the Pan Ams twice, as well as the European Championship for the total of three times.

Other than being one of the most familiar faces you’ll see at the IBJJF World Championships and being a legend himself, Megaton is also a proud father of Mackenzie Dern – a UFC veteran and one of the greatest female BJJ athletes of all time.