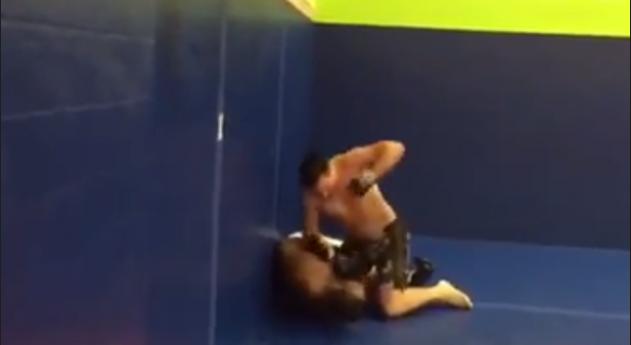 Josh Neer a  mixed martial artist currently competing in the Welterweight division. A professional competitor since 2003, he has formerly competed for the UFC, the Quad Cities Silverbacks of the IFL, Bellator and Shark Fights. He is the former Shark Fights Interim Welterweight Champion.

Neer has released footage of himself handing out a vicious beating at his gym in Iowa.

Apparently, Neer’s ‘opponent’ had been sending him numerous abusive messages via text and social media before showing up at his gym on Monday February 23rd.

Bloody Elbow’s John Nash spoke with Neer, who provided them with this official statement as well as Facebook messages sent to him prior to the fight:

“Basically the guys a dumbass and been talking shit about MMA fighters for a month. On and on, I usually ignore him but this Saturday he wrote me on Facebook the message i gave. He had written 10 messages to me talking shit which I ignored, but this time I said if you really want to fight come to the gym Monday at 5:30.

I don’t know what his problem is but he’s a big guy, like 6-6 and 270 pounds and just acts like a bully. That what he seems like to me, just a bully.

He showed up at 6:10, 40 mins into my practice. And then I asked him if he wanted to fight Rakim or me and Rakim is bigger then me so of course he chose me.”

The man’s name is Patrick Martin. He has continued to send harassing messages to Neer via Facebook since their physical altercation. 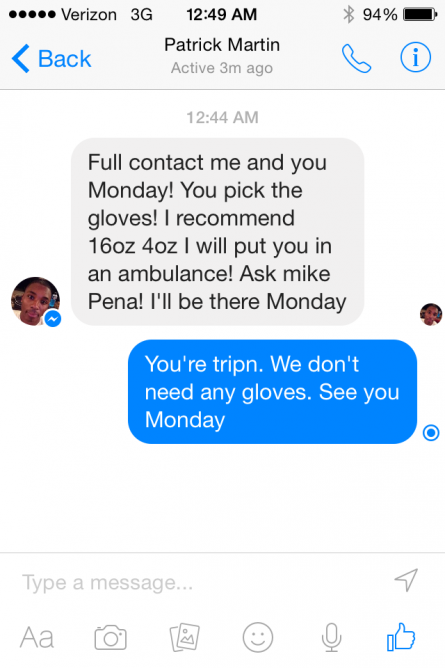 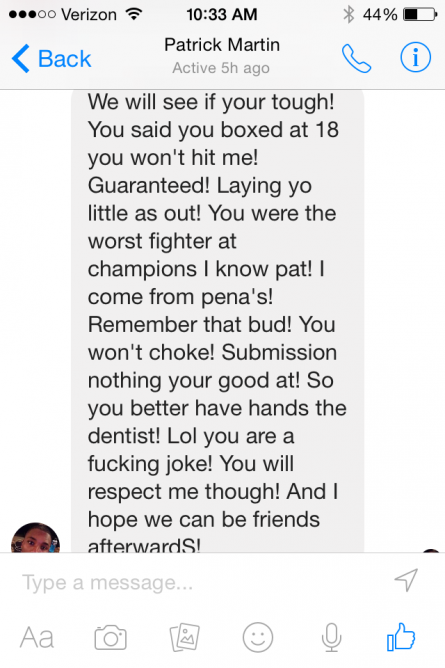 Watch the full video below: