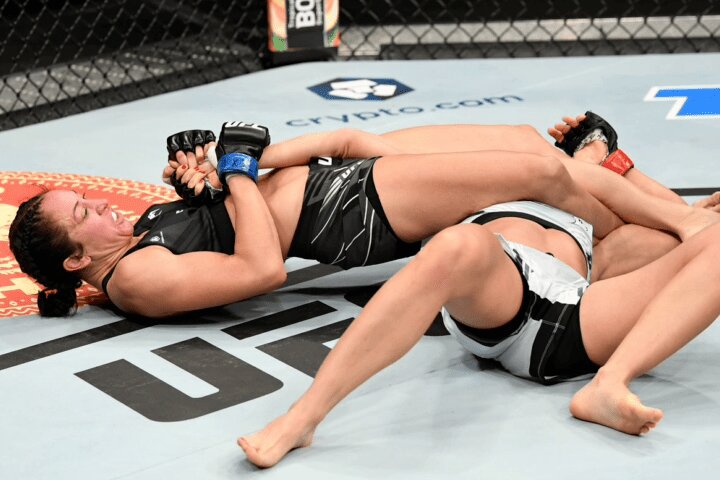 The UFC 265, which took place on August 7, was nothing short of exciting! Among other matches, it featured the one between Jessica Penne and Karolina Kowalkiewicz – which ended in a nasty Armbar finish!

Penne is well known for her grappling. So, what was surprising about the match is that Kowalkiewicz did not stay away from engaging her opponent in this way; rather, she welcomed it! Naturally, Penne took this as an opportunity when the two went in for a scramble.
As soon as she saw a chance for the Armbar, she went for it. Jessica grabbed Karolina’s arm and started pulling it in order to lock it out. For a brief moment, it seemed as if Kowalkiewicz is going to break free out of the submission… But Penne continued to make adjustments to the hold, until she finally managed to extend the arm.

Even though she fought, for a brief moment or two, through the immense torque that was placed on her elbow, Kowalkiewicz ultimately had to tap out. The fight ended at just 04:32 into the first round.
Penne had nothing but exhilarating words to share after her submission win:

I love the ground. If anybody wants to go to the ground with me, I invite it. I’ve always admired and respected her. I’m so grateful to grace the octagon with her.

Check out the submission here: