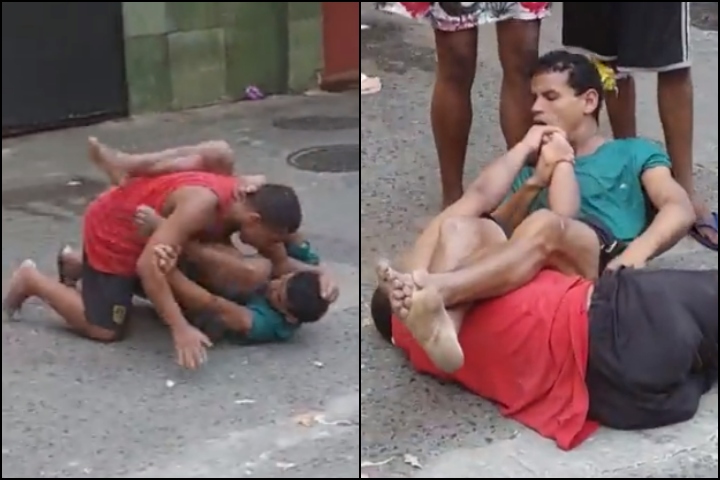 The grim reality is that a lot of people living in Brazil are poor or are on the edge of poverty. Crime rates tend to be high in certain areas, and a big part of the population is left to fend for themselves.

At the same time, a lot of people train Brazilian Jiu-Jitsu. So it’s not that rare to see Jiu-Jitsu being used in a street fight.
For instance, the video below shows two men fighting against each other. One of them definitely has BJJ experience, as he first goes for an Armbar from Guard.

This is not to say that using BJJ in a street fight is advisable. Far from it.
Here’s what Jocko Willink has to say about that:

So we’re going to avoid getting in situations where you’re getting in fights with a bunch of people. And if we can’t avoid it, yes: Jiu-Jitsu is not your first option!
Like: “Hey, I’m going to grab this guy and start to grapple with him, while these three other guys are hitting me in the head with beer bottles.”

You’re not going to want to engage. You’ll want to hit people and get away. Your goal is still to get away.