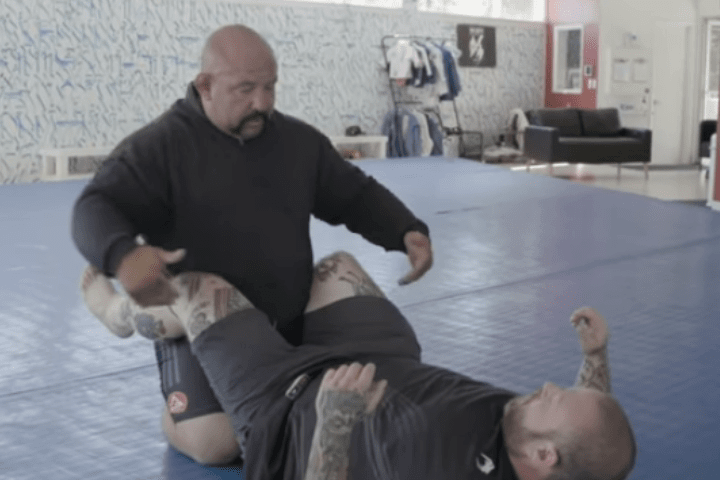 Rapper Action Bronson (real name Ariyan Arslani), is an award winning American rapper, chef, and television presenter. In mid-2020, prompted by having reached 400 pounds, and having a health problems, as well as by the birth of his son, Bronson began a regimen of healthier eating as well as boxing and high-intensity interval training. As of December 2020 he had lost 130 pounds (58 kg).
As part of his new healthier lifestyle, he had started training Jiu-Jitsu together with his rapper friend Evidence (BJJ blue belt). Here he is training at the Gracie University with Ryron Gracie and also training with ADCC world champion Orlando Sanchez.

This Wednesday, he released the latest episode of his “F*ck That’s Delicious” show, in which he trains BJJ with Orlando Sanchez, an ADCC champion. This episode was posted on Bronson’s YouTube channel.
On the video, he learns some basics from Sanchez, such as a guard pass. At the end of the episode, he is shown drilling the guard pass on Hans Molenkamp, “Monster Energy” front man.

Sanchez was a 2015 ADCC champion and a 2017 ADCC silver medalist. He also competed at the 2019 ADCC championships, but failed to place after losing in the quarterfinals to Nick Rodriguez.
Earlier this year, Sanchez was in the spotlight when a video surfaced of him being involved in a gym scuffle with the UFC’s Sean Strickland.