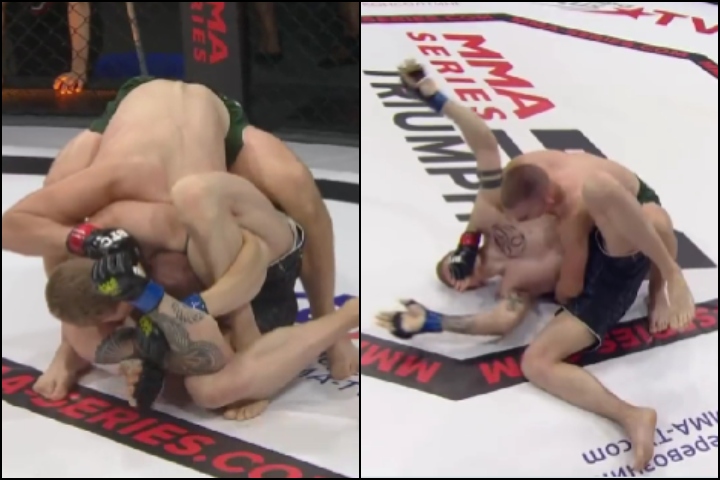 The Buggy Choke has recently gained a lot of popularity due to its element of surprise, as well as due to its effectiveness. Not just in Brazilian Jiu-Jitsu, but also in mixed martial arts.
However, when the Buggy Choke is applied incorrectly, it can have bad, even hazardous consequences… Like it did for Igor Konstantinov.

Konstantinov is a Russian mixed martial arts fighter, who competed at the Russian MMA promotion “MMA Series 54” last Saturday. He faced Vasily Rudenko in a welterweight match, a previously undefeated opponent.
The bout started out more then well for Konstantinov, who kept the pressure against Rudenko. Then, Rudenko decided to bring the fight to the ground; which wasn’t a surprise, given that out of his 4 professional wins, 3 were via submission.

But Konstantinov managed to survive his opponent’s initial attacks, setting a Buggy Choke in the process. And, even though it was going well for him, he somehow overcommitted – and snapped his own arm.
Watch it happen below:

How do you think this happened? What was the mistake that Konstantinov made, which led him to break his own arm? Let us know.