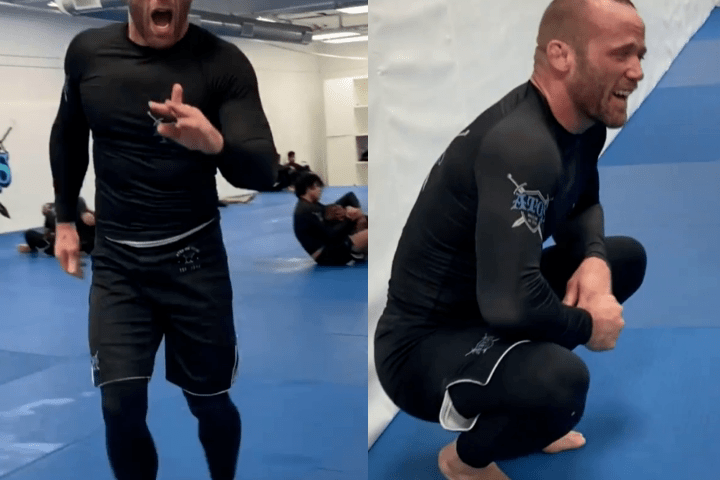 Sooner or later, injuries happen. You can implement as many precautionary measures as you’d wish, but the nature of Brazilian Jiu-Jitsu is that it’s a martial art – and that, therefore, means that injuries are inevitable.
It’s the same thing for the elite athletes. What’s more, Josh Hinger – one of the top-ranking grapplers today – recently broke his finger while training.

He was rolling with Cat Zingano, who’s a female MMA star and a former UFC title contender. Then, he suddenly suffered a break to his finger – an injury so clear that Hinger’s finger was literally pointing into the direction opposite than it’s meant to!
Zingano was obviously shocked by the injury herself, but she was quick to “correct” it. She grabbed Hinger’s finger and snapped it back into the proper position.

Hinger posted the video of the injury taking place on his Instagram account. Even though the video was obviously filmed first and foremost to display the two athletes going hard at training, it unfortunately ended up being a video “proof” of the accident taking place:

Horrible to watch? Yes, but finger injuries are quite common in Brazilian Jiu-Jitsu. No wonder, because just about everything that’s got to do with the sport includes gripping.
Plus, considering the fact that Hinger has been competing at an elite level for quite some time, it’s quite unlikely that he wasn’t injured in a similar manner before. There’s no doubt that this injury will not stop him from training, either.