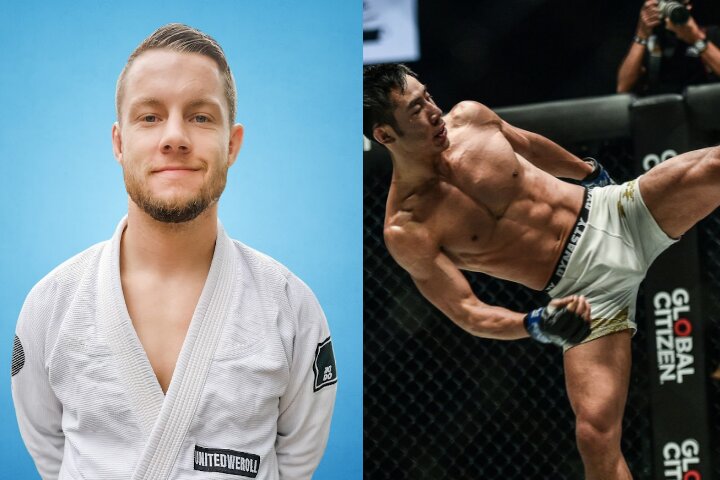 “Brazilian Jiu-Jitsu or striking in a fight… Which is better?” The age-old question that is a source of many discussions in martial arts circles, as well as many verbal fights. So, what is the answer? As you may have guessed, the best answer would be – both. Combining BJJ with striking would for sure turn any athlete into a formidable threat in mixed martial arts and in self-defense situations.
However, if you’re looking for the “one vs. another” answer, then you’re in for a treat! Jordan, from the Jordan Teaches Jiujitsu channel – a high level BJJ black belt – and Jeff Chan, who is a high level striker (and pro MMA fighter), went for a couple of MMA rounds against each other with just that question in mind!

Check out how the sparring session went on the video below:

So, what do you think is the biggest takeaway from this video? Well, it’s that if you’re a grappler who is engaging a striker… You should aim to close the distance with them as soon as possible. Reason being: they’ll keep you away and at their “mercy” with their punches, and that’s a big no-no. So, go for that Double Leg or for a clinch – and transition to where you’re the king of the jungle. The mats.