Watch: Fighters Slip All Over The Octagon at Rainy Outdoor Matches 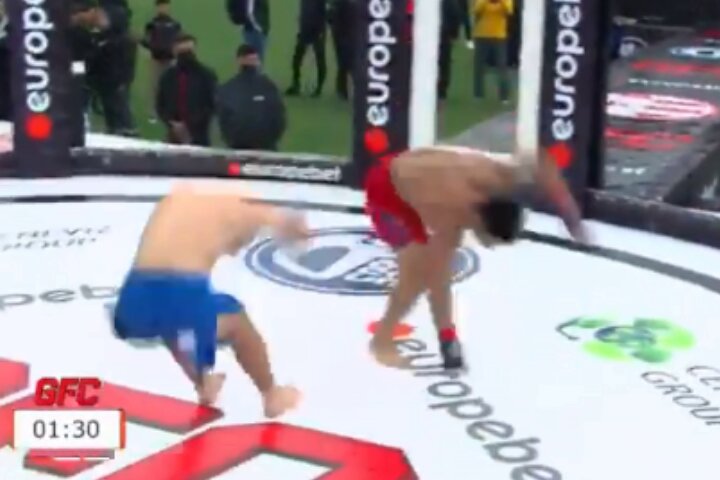 Mixed martial matches are almost always fun to watch; watching two men or women using their martial arts skills to get the win… There’s not many things as exciting as that one is.
Sometimes these fights take unexpected turns, which make them even more interesting. However, here’s a turn that you’ve probably never seen up until now: fighters that slip and slide all over the octagon, due to rain.

That’s exactly what happened in the Georgian Fighting Championship (GFC) on July 28. For one reason or another, it was held outdoors: and made it possible for rain to transform these matches into rather hectic ones.
Aybuke Imanci was the first slip ‘n slide victim of the tournament, managing to slip during at her very entrance. She was then submitted via Armbar – in under 20 seconds.

Not the best weather for an outdoor event #GFC13 pic.twitter.com/xUGu91Z9qm

That was followed by this TKO by Misha Goriashvili… Talk about missed punches, right?

My god this is just unreal. Misha Goriashvili TKO’s Otari Khachiuridze. How did they let this event continue #GFC13 pic.twitter.com/tH7LwtLaPv

Not much difference was the match between Akhmed Akhriev’s and Giorgi Tsamalaidze, which ended with a win via choke.

Akhmed Akhriev subs Giorgi Tsamalaidze in 22 seconds. I mean come on. I don’t wanna laugh but they’re fighting on a slip-n-slide. #GFC13 pic.twitter.com/E4jFyZUMGK