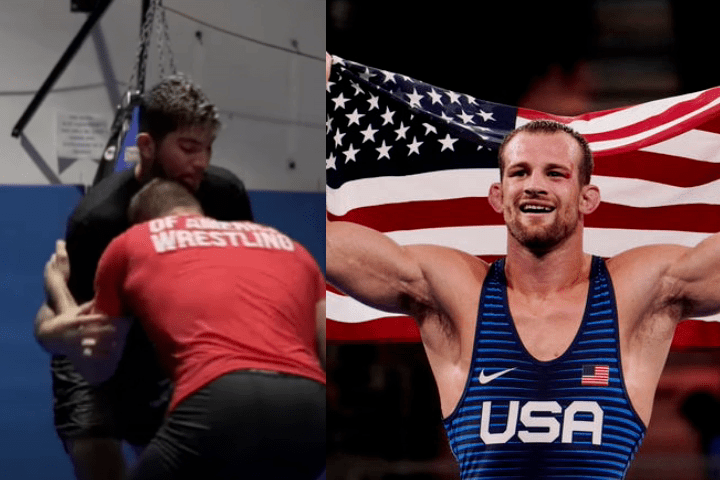 Love him or hate him, Dillon Danis is great in Brazilian Jiu-Jitsu. A black belt under Marcelo Garcia, he has posted a video to his Youtube channel – featuring a roll with the wrestler David Taylor.
And guess what? Taylor managed to win his Olympic Gold Medal yesterday, on August 5!

These were his first Olympic Games. He’s won a world championship and a world cup and three golds at the Pan American Championships prior, and was dead-set on winning on the Olympics too.
In a statement to the media, he said:

And he did it! In the last seconds of the 86 kilogram Freestyle Wrestling match against Iran’s Hassan Yazdanicharti, he managed to secure the gold.
However, although he is an elite wrestler, he still seems to not be up-to-par against Dillon when it comes to Jiu-Jitsu. On the video below, you can see Dillon constantly threatening David with Headlocks; finishing most of them and utilizing his back attack skills to the fullest.