[Watch] Dillon Danis Gets Punched By Anthony Taylor In A Brawl 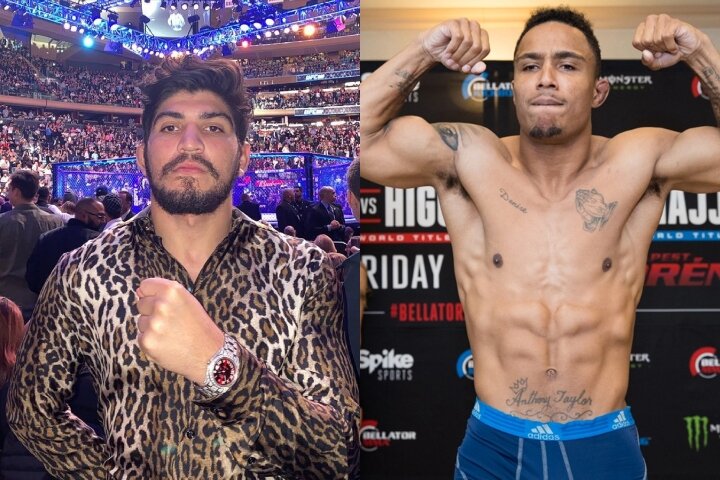 Dillon Danis, professional MMA fighter and well-known “bad boy” of MMA and BJJ, seems to have a knack for stirring up drama.

During his stay in Austin, Texas, for the “DAZN X Series 0003 Misfits Boxing’” event, Danis came face-to-face with KSI – the famous YouTuber, who participated in a couple of celebrity boxing fights.
The two exchanged some words and KSI put hands on Danis; which led to Danis slapping the hat off KSI’s head. The commotion was quickly deescalated by security.

Watch it all take place below:

As Danis was escorted outside, however, he ended up in yet another heated situation. Outside of the hotel was Anthony Taylor – an MMA and boxing veteran, as well as a past training partner of Jake Paul – and things went haywire from there.

The MMA veteran chased Danis through the crowd, calling him out and managing to get to the BJJ champion.
He then went in to throw a punch, a scuffle ensued, and he closed the distance again – this time landing a right hand that made Danis stumble backwards.

More punches were thrown between Taylor and other people, before the situation was brought to a halt.
Watch what happened on the Twitter video below:

And wouldn’t you know it – today it’s been announced that Dillon Danis and KSI will officially have a boxing match on January 23, 2013.

🔥 This about to be 𝐈𝐍𝐒𝐀𝐍𝐄! @KSI will take on @dillondanis at the OVO Arena, Wembley, on January 14th, live on DAZN PPV 🧨#KSIDanis | January 14th | @DAZNBoxing pic.twitter.com/ueHxUCKxuf