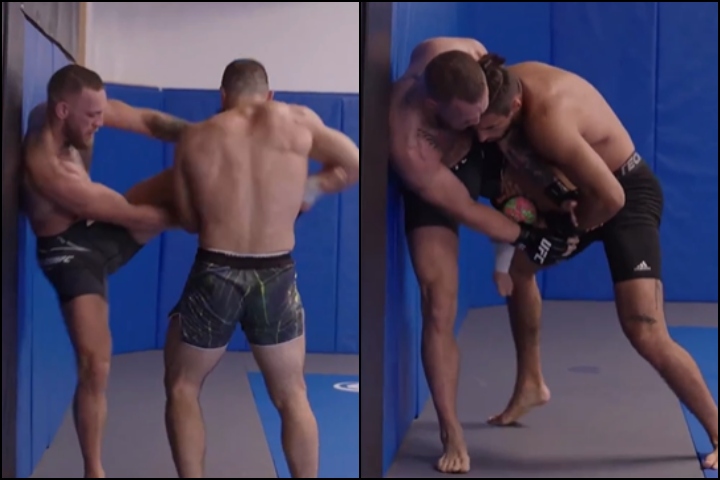 Mixed martial arts (MMA) fans haven’t seen Conor McGregor fight for quite a while. It’s been over a year since the former two-division UFC champion fought last… But it seems that “The Notorious” is preparing for a comeback full-speed – including wrestling.

He shared yet another example of his wrestling training, in a recently viral video that displays him training with three different training partners:

Sh*t hot everywhere. The real goat. There’s not a place I’m not great. Some of your goats can’t even kick. Watch my wrist work here.
At some points you see my opponent has the illusion of the control of my wrist but I use this silliness to open doors with it.

I open the door to go right into full mount. Then later I open the door right to the rib cage for my knee to land flush.
It’s using the opponents control of your wrist as a lever. Watch and see can you see.

Other footage of McGregor wrestling has been shared relatively recently as well:

Chael Sonnen himself had nothing but praise for the Irishman’s wrestling abilities:

Pure wrestling. He’s in a stance, he’s on his feet, he’s bent over, his knees are bent, he’s not bent at the waist, his hands are up, his elbows are in, he’s got head position – he looked like a seasoned wrestler.