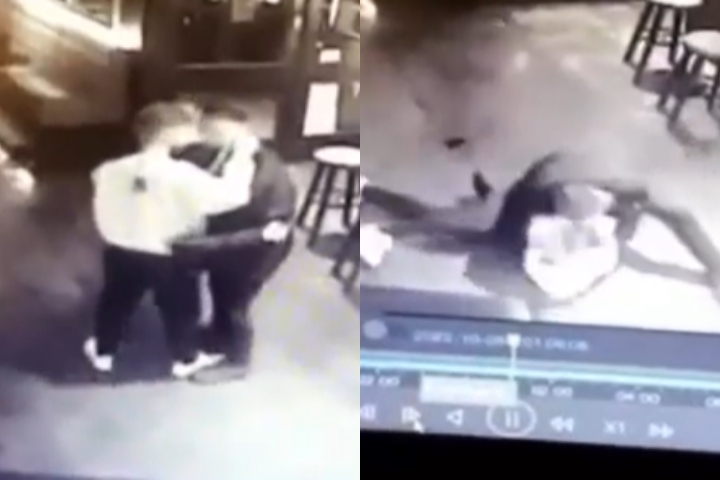 When working as a part of law enforcement – or at any sort of a security job, such as working as a bouncer – it’s a good idea to learn at least some Jiu-Jitsu… As it will keep you safe and sound in potentially dangerous situations.
And that can be clearly seen in a newly surfaced video, where an unnamed bouncer handled a perpetrator with excellence!

The perpetrator seemed to be in a conversation with the bouncer, when he went behind his back and attempted to put him in a choke. However, the bouncer then shoulder-slipped out of it and landed into full Mount.
The perpetrator then went belly-down and the bouncer got the hooks in. Then, as they fall to the side, he purposefully releases his hooks and back control… To lock a perfect Triangle Choke!

After some time, the perpetrator falls back to his back, with the bouncer following him through to the top position.
Watch it all take place on the video below:

What do you think that the bouncer could’ve done better? And do you think it would’ve been safer for him if he kept the hooks in and the back control?