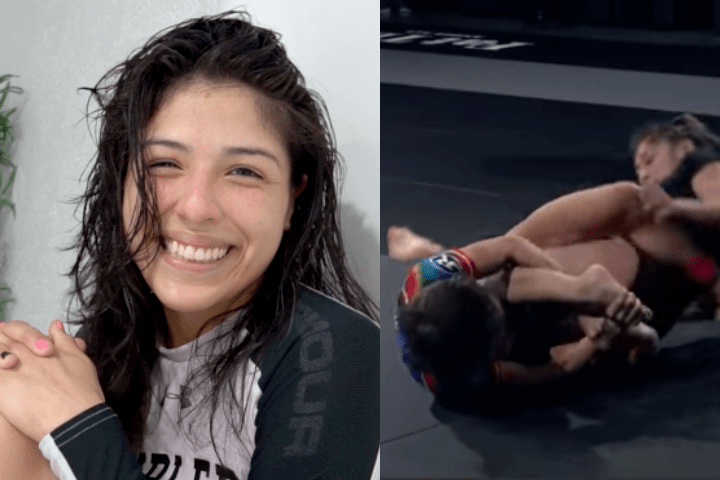 The last weekend’s Who’s Number One (WNO) Championships featured some of the most exciting Brazilian Jiu-Jitsu matches of 2021. One of those matches was between Amanda Alequin and Jessa Khan, which ended with a new record!
Alequin, who’s an IBJJF No Gi world champion and an ADCC trials winner, snatched the quickest ever submission in WNO Championships… In just 42 seconds!

She pulled guard immediately in the beginning of the match, entering a leg entanglement and then looking to take her opponent’s back. Khan managed to briefly escape the danger and stand back up, seemingly wanting to work for a guard pass.
However, Alequin was relentless in her attacking-style game. She went for a leg entanglement yet again, this time successfully isolating Khan’s leg, setting up a Toe Hold – and getting the tap at just 42 seconds into the match.

Take a look at this record on the video below:

As far as the WNO Championships and Alequin’s results at it are concerned, she lost her first round match to Tammi Musumeci. However, she submitted Alex Nguyen in the consolation bracket quarterfinals; and then Khan in the semifinals.
Then she faced Musumeci again in the finals – the match for third place – losing by decision.