Watch: 3 vs. 1 MMA Fight Ends In a Predictable Manner 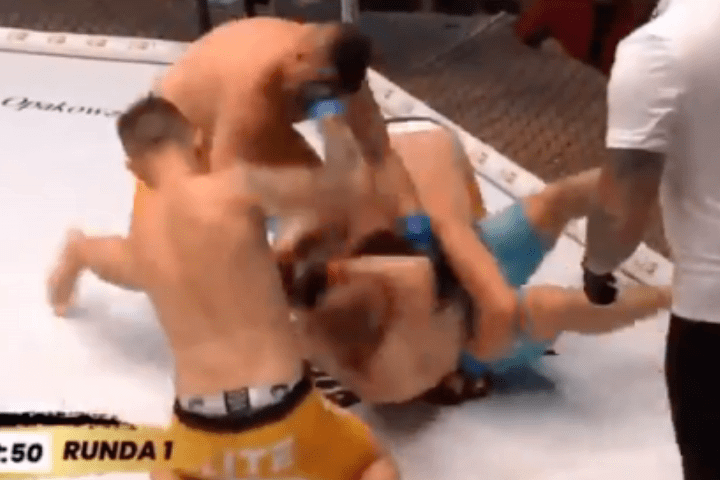 Throughout the MMA history, we’ve witnessed some pretty absurd match-ups (especially before the UFC came to its modern fruition). However, despite the mixed martial arts scene being quite “normalized” lately, there’s always going to be some promotion that’ll think of bringing in the absurdity back to the octagon.
For example – why not organize a 3 vs. 1 match?

That’s exactly what happened last Saturday, on July 31. At the “Elite Fighters” event which took place in Rzeszow, Poland, there was a 3 vs. 1 match! A fighter who identifies himself as “Kung Fu Panda” (real name unknown) took a chance against Milosz Wlodkowski (“Modlicha”), Maciej Szwech (“Szwechu”) and Norbert Grazka (“Neted”).
It isn’t really known how much training any of these athletes had, but however much they had – it was enough to overpower Kung Fu Panda in a matter of seconds.

After the match started, the three fighters encircled Kung Fu Panda, and one went for a takedown. He took him down successfully and held him in Side Control.
What ensued, as you may have guessed, was a rain of punches in a ground and pound fashion to the Kung Fu Panda’s head from the two other fighters. This led to his loss rather quickly.