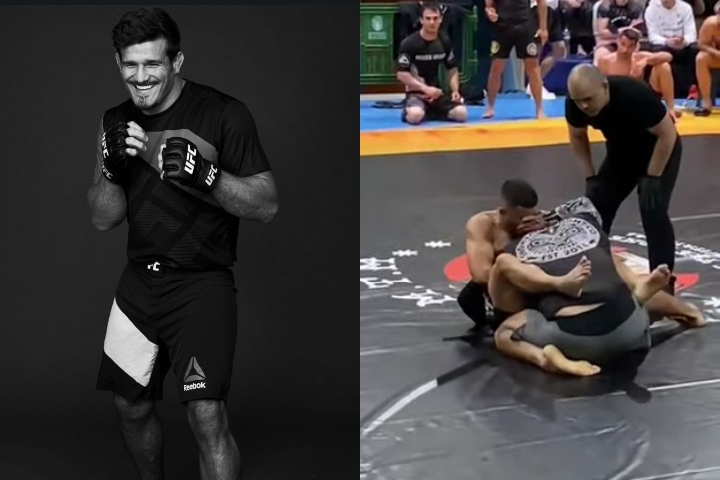 Juan Espino is a heavyweight UFC athlete with 3 fights under the promotion. A winner of The Ultimate Fighter 28 in 2018, he has a major background in grappling; since he started out with a local style of wrestling (Canarian wrestling) and has competed in a variety of wrestling styles throughout his career. He also has 7 submission wins in professional MMA altogether.
All of this considered, he should’ve been able to win a local grappling tournament he was a part of, “Give Me The Money 4”, which took place in the Canary Islands on May 7. But things didn’t exactly go that way.

Espino did go on a winning streak throughout the tournament. He won several matches throughout the event, all with relative ease. However, he was disqualified in the final match.
Espino was first skillfully swept and then caught in a tight Guillotine Choke. Then, without any consideration for his opponent, he went for an eye poke to escape the submission. The referee didn’t stop the match, however, but allowed it to continue. Following that decision, Espino got up and basically threw his opponent off of himself.

The opponent then went to complain to the referee about the eye poke – which the referee acknowledged and subsequently disqualified Espino: